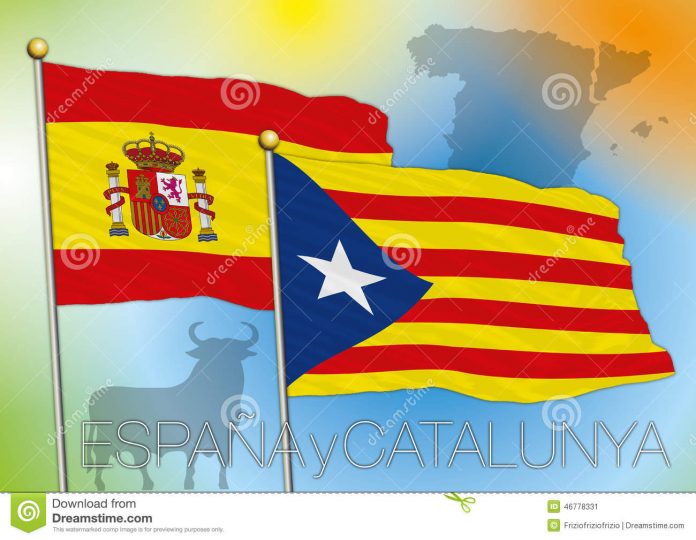 Spain is preparing to celebrate its National Day amid a continuing political crisis sparked by Catalonia’s disputed independence referendum.

The public display of unity comes a day after PM Mariano Rajoy told parliament the country was facing the most serious threat to its 40-year-old democracy.

He has given Catalonia’s separatist leader five days to clarify whether or not he has declared independence.

Spain has threatened to impose direct rule on the autonomous region.

The National Day is a public holiday and commemorates the re-unification of Spain and Christopher Columbus’s first arrival in the Americas in 1492.

Parades will take place in the capital Madrid with King Felipe and Mr Rajoy expected to attend. Other events will be held across the country.

But this year’s event comes amid turmoil sparked by the 1 October referendum in Catalonia, declared illegal by Spain’s Constitutional Court.

Catalan officials say almost 90% of voters backed independence with a turnout of 43%. Anti-independence voters largely boycotted the ballot and there were reports of irregularities.

Following days of intense speculation, Catalan President Carles Puigdemont signed a declaration of independence in Barcelona on Tuesday, but immediately suspended its implementation to allow for talks with Madrid.

The move frustrated hardline separatists and brought scorn from the Spanish government.

After holding an emergency cabinet meeting on Wednesday, Mr Rajoy accused Mr Puigdemont of having created “deliberate confusion” and said he wanted to restore “certainty”.

He said his government had asked the regional government to clarify whether or not it had declared independence.

If Mr Puigdemont confirms by Monday that he has, he will be given a further three days to withdraw the declaration.

Failing that, Madrid will invoke Article 155 of the constitution allowing it to suspend the region’s autonomy and impose direct rule. Article 155 has never been used before.

“There is an urgent need to put an end to the situation that Catalonia is going through – to return it to safety, tranquility and calm and to do that as quickly as possible,” Mr Rajoy said.

He accused separatists of hatching an “anti-democratic plan foisting their will on all the people of Catalonia”, and said the Spanish government had had no choice but to restore order.

Addressing parliament later, Mr Rajoy said Spanish democracy was “experiencing one of the most serious moments in its history”.

“It falls to the Catalan leader to restore constitutional normality,” he added, rejecting any suggestion of outside mediation.

He said he was willing to negotiate on the issue of regional autonomy and changes to the constitution, but this had to be within the framework of the law.

Catalonia, one of Spain’s wealthiest regions, has seen several major companies announce plans to move their head offices elsewhere because of the crisis.

The European Union has said that, should Catalonia split from Spain, the region would cease to be part of the bloc.