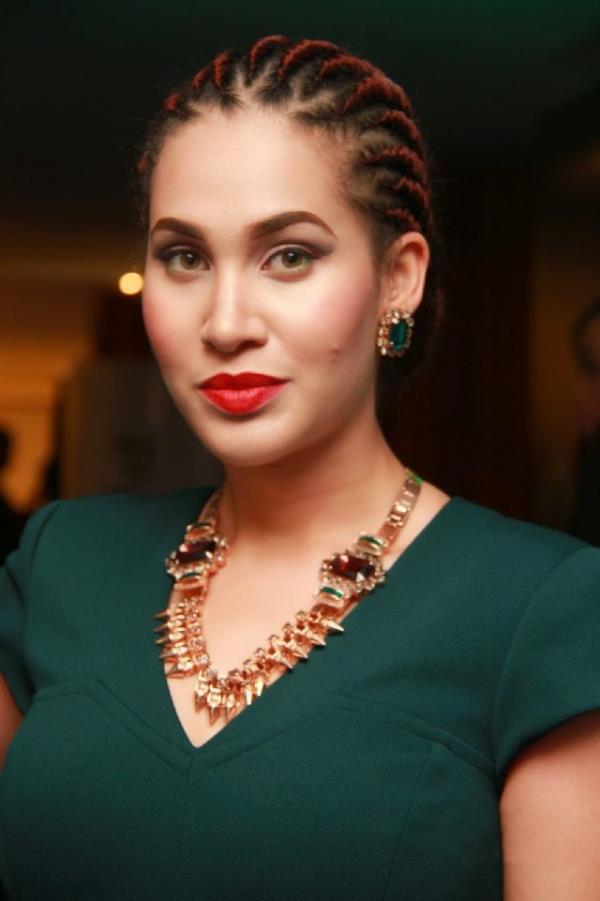 Caroline Danjuma Bares It All On Tagbo’s Death In Explosive Interview. The Actress revealed everything she knows about the death of Tagbo and the recent viral claim that Tagbo was the father of her last child, Elizabeth.

In an interview with SDK, Caroline said:

“I really can’t believe that I am talking about Tagbo like this because he was not one who liked publicity.

Firstly I would like to address this whole razzmatazz about David killing Tagbo and that I said so, I never said but yes, I did call out Davido to know the whereabouts of Tagbo but I never said he killed him, I never used that word ”Killed Tagbo”.

The last time I heard from Tagbo was on Monday when i just got back from MFM Church praise and worship which took about 7-8 hours Around part 8pm to ask me where I was: I had invited him for the programme but he didn’t show up.., he called and asked where i was and when I said I was home, he said he was coming over.

I was tired but didn’t want to sleep off because if Tagbo comes he would ring the bell. So I went upstairs to watch CNN to keep myself awake until he comes and for some reason i slept off and woke up by part 1am or 2am and as you know the normal ritual was to call your friends the next day when they are celebrating their birthday.

I felt bad that I had not called Tagbo because Tuesday was his birthday. I tried calling him but his number was switched off but I thought it was network and continued trying but it was switched off and i concluded that maybe his battery was down.

I sent him a text message to wish him Happy Birthday and I went to bed.
I woke up at5-6am to do my normal routine and looked at my phone and there was no missed call or reply to my SMS: They day went on and I kept trying his number but until 3pm his number was switched off.

I was out at the Bank when Tagbo’s childhood friend called me and said that he wanted to talk about Tagbo, he was just asking random questions.

I told him i would call him back. I am aware that Tagbo was trying to do his Schengen visa so i called the guy helping him out to ask if she had heard from him but she said Tagbo was supposed to deliver some documents but had not.

I got home and called Kola back around 4pm and this was when Kola revealed to me that Tagbo was dead…I thought it was a joke because Tagbo does not drive carelessly, he doesn’t fight, he is not one to be seen in a place where people are fighting..if he is angry he walks away.
I was confused.

I decided to call the mum to find out if he went to Anambra to see his mum like he said he would to collect some documents…So i called the mum and she said she had not seen Tagbo.

I sent the sister a message that i heard Tagbo was dead and she should help me find out if it was true. The sister replied asking ”how when and where” and then i knew that she was unaware.

So I decided to call my neighbour who was also Tagbos friend and my neighbour who was holidaying in Lebanon called me back and said that there was a bet of 200k and that Tagbo drank about 50 shots of tequila and i said that cannot be true, Tagbo cannot drink even a glass of Hennessey because he has a light brain like me.

So a guy who cannot drink this much cannot finish 50 shots of tequila. Tagbo does not need 200k to do that. He comes from a very wealthy background so he does not need that kind of bet; he is not hungry for that. I was shattered to hear such a news. I went into my office and sat down.

I tried to find out where Tagbo was and Kola said he had been trying his best to find out but that each time he calls the people would drop the phone on him or tell him they would call back.

So for one hour and despite trying severally, we had not gotten any info to where Tagbo’s body was or what hospital he was taken to.

Tagbo’s friend chucks made some calls and found out that Tagbo was taken to Lagos island.

Meanwhile someone who rented my bar told me he was with Davido at Shisha bar on Monday and then I asked him randomly” oh then you must know Tagbo” bcos Davido and Tagbo are close friends and the only reason Tagbo would be there is if Davido was there…that is on that birthday eve.

I called the same guy when I heard Tagbo had died and asked him to find out what happened and he said he was trying to but every time he called Davido’s team and mentioned Tagbo’s name they would drop the phone on him. This was what they had done to anyone that calls Tagbo’s name to enquire about the incident.

Davido knew and his crew knew Tagbo was dead as at 3a.m in the morning and they did not contact anyone, Davido’s PA Lati knows where Tagbo stay but did not go to the house to inform anyone.

*Breaks down crying so interview had to wait*

After we had that Tagbo’s body was in Lagos island Davido’s crew refused to give any info and this was about past 7pm.

I contacted someone who remembers seeing Davido and Tagbo and DNA and remembers there was a fight.

This person also told me there was a bet and said the same thing my neighbour said but said 30 shots and not 50.

According to what was said, Tagbo drank the tequila and got intoxicated and wanted to drive his car but Davido refused and said Tagbo should drive with him. That was what I heard and that they drove to G12 beach and got out leaving Tagbo in the car all locked up and that one of the crew members came back saw Tagbo gasping for air…this was the info they spread out there from a supposed eye witness.

He was taken to general hospital where he was confirmed dead and they left him there…..

We went there with Nabila and Mary who can confirm what was said… We were told that he was dumped and those who brought him ran away.

The doctor told us that when the nurse were trying to fix the card, the two people that brought him ran away and their footage could not identify those who brought him and ran cos they hid their faces with caps.

They refused to tell us anything, the medical director told us that because they ran away it was now a police matter and that we should go to the police station.

I posted online asking Davido why they abandoned Tagbo on my way to the police station because I was so angry and needed answers.

I sent Davido personal messages but he didn’t reply until I called him out on the social media and he told me to take down the post and he would tell me what happened. I took down the post and told him to come to the police station but he never showed up. Tagbos family members came from far but Davido and his manager did not show up.

Tagbo’s phone and shoes are missing and someone went on Tagbo’s instagram and deleted all the videos he posted of being with Davido on that day and eventually deleted the account. W e quickly munched all the videos on snap chat… Tagbo was with Dammy Krane, Davido and Asha Asika.

Davido knew that Tagbo was dead but kept quiet. He told the Police later that he would have spoken out if I didn’t call him out on the social media. Can you imagine.

Tagbo meant everything to a lot of people…his widowed mum is recovering from an ailment. I am pleading with anybody who has information on who drive Tagbo’s dead body to the hospital to come forward and speak out.

They alleged that the late Tagbo is your last child’s baby daddy, can you confirm or deny? >>> I have woken up to see all sorts of allegations and it is really laughable because the whole idea is to divert the attention from the questions I am asking about what happened to Tagbo. I will address this once and for all. Firstly, I met Tagbo when I was legally divorced and out of My ex’ house to start a new life….

Yes we were dating. My daughter is three years old and I only met Tagbo last year, so it’s not possible that Tagbo is the father of Elizabeth.

The person who posted that info claims to have Tagbos phone and claims he went to DNA with Baba,who is baba? >>> Let us leave sentiments aside, trying to blackmail me to keep quiet will not work or change anything. We need justice for Tagbo. No one is accusing anyone of being a murderer but we need to know what happened and why everyone is quiet…My anger is that he was abandoned by those supposed to be his friends and brothers. Davido and Tagbo were very close and I am angry with Davido for keeping quiet. Those who drink tequila should come out and confirm if 30 shots of tequila is strong enough to kill.

Stop protecting whosoever is guilty, someone is dead, please!