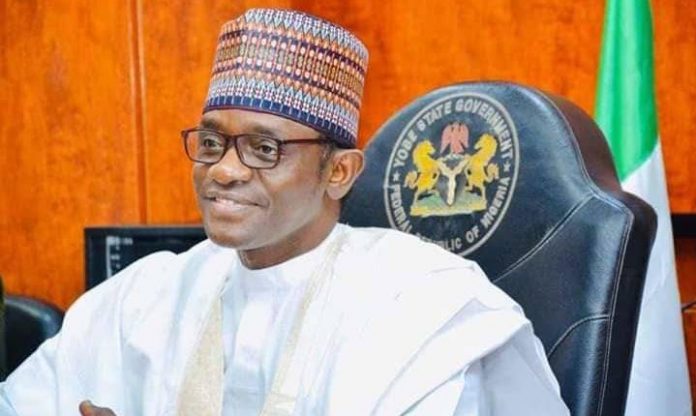 The Chairman of the Caretaker/Extraordinary Convention Planning Committee (CECPC) of the All Progressives Congress (APC) and the Governor of Yobe state, Mai Mala Buni has revealed that the party has reconciled aggrieved members in Gombe, Ogun, Kwara, and many other states ahead of the February 26 national convention.

Buni, who was represented by a member of the committee and former Senate President, Ken Nnamani disclosed this yesterday, while receiving the interim report of the national reconciliation committee led by Senator Abdulahi Adamu.

He said the committee was very important to the collective zeal of recovering, repositioning and rejuvenating the party to have a strong, stable and united APC.

The great achievements the party has recorded in reconciling the differences among our stakeholders in Gombe, Ogun, Kwara, and many other states have justified the confidence the party has in your individual and collective capacities. You have truly done us proud.”

The chairman commended the committee for handling the assignment with a high sense of commitment and responsibility.

According to him, “You have painstakingly visited states where we have challenges and addressed them squarely. I wish to assure you that the caretaker committee will carefully study the report and implement the same to improve the unity and strength of the party.”

He recalled that the ruling party conducted a successful membership registration and revalidation exercise and now proudly has over 41 million members. This, according to him makes APC Africa’s largest political party and Nigeria’s leading party.

Buni noted that with its numerical strength, APC remained the party that could confidently win elections with landslide victory in all the national elections.

He noted that, however, in spite of all the achievements recorded by the party under his stewardship, and the high profile defections into the party, it was very pertinent for the APC to promote the philosophy of unity of purpose, to pursue national interests against personal interests and a functional system of internal democracy to have a united, stable and prosperous political party.

Buni urged support for the caretaker committee of the party to organise a very successful National Convention that would be a stepping stone to the party’s success in the 2023 general election.