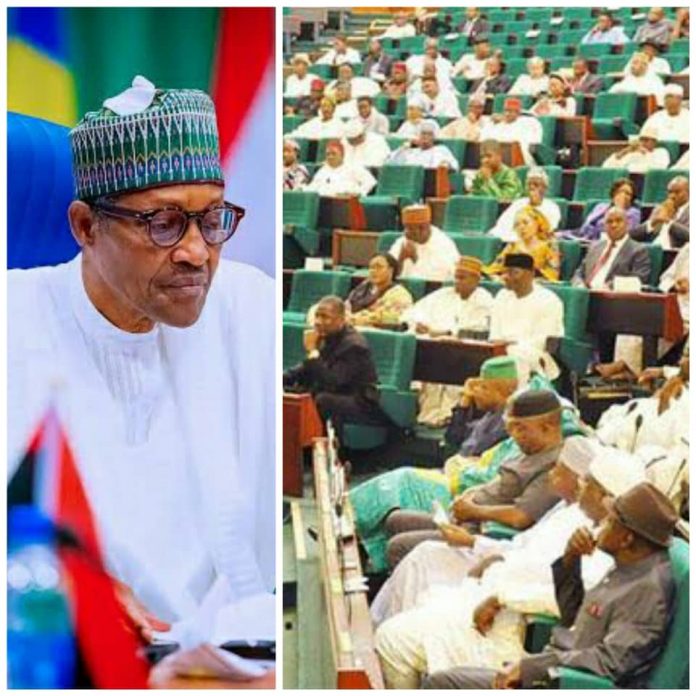 A member representing the Orumba North/South Federal Constituency in the House of Representatives, Mr Okwudili Ezenwankwos, has said that the National Assembly has not jettisoned the decision of sacking the President, Major General Muhammadu Buhari (retd.).

Ezenwankwo insisted that Buhari’s impeachment was still on course unless the President found a lasting solution to the current spate of insecurity, poverty and employment in the country.

The lawmaker stated this in Onitsha, Anambra State on Tuesday, during the unveiling of a law chamber owned by a one-time Chairman of the Nigerian Bar Association, Aguata branch, Chief Clifford Okoye.

Ezenwankwo, who pointed out that NASS was currently on recess, said the lawmakers would resume in September when they would review the ultimatum given to Buhari.

He said, “The issue of impeachment served on Buhari is a serious thing, because security of life and property is the primary assignment of any responsible government and which the President has failed to provide.

“What we are doing now is to make sure that we fix the country. If the President is not ready to bring security challenges to an end, we are ready to remove him.

“But if we see serious effort on the part of the President and his men to tackle insecurity, on our resumption, we would not go ahead with the impeachment, but so long as the insecurity continues, we would not hesitate to impeach the president.”

He added that if Nigeria were a country that believed in justice and fairness, the South-East should be given the opportunity to produce the next President in 2023.

Speaking on the lingering ASUU strike, the legislator said the National Assembly had not intervened in the strike because it was purely an executive issue, adding that the Federal Government should do everything possible to ensure that the strike was called off as soon as possible.

“Based on justice, equity and fairness, the South-East should be given the opportunity to produce the President in 2023.

“On the current ASUU strike, we have to be careful in handling it, so that our children will go back to school. It is very important. We should not play politics with it. It is unacceptable,” he added.