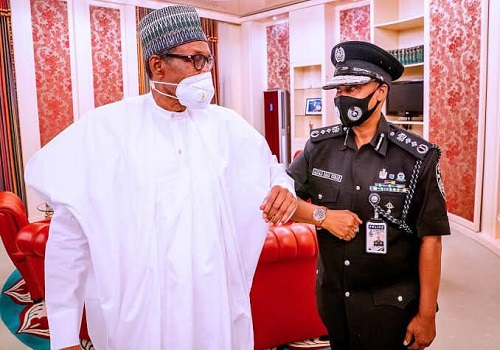 They were born just like any other person. They have fathers, mothers, uncles, aunts, wives, children, just like the next man or woman. They pound their beats, in thunder, lightning or rain. The sun beats them till their eyes almost pop out of the sockets. But we accord them no respect, we esteem them as men of sorrow, acquainted with grief. They are policemen, and must be treated like something the cat dragged in, article of no commercial value.

During the EndSARS protests of October 2020, see what happened to our cops: 39 were killed, with one roasted and eaten, 210 injured, their stations and barracks worth N11.6 billion were burnt, along with 198 police vehicles, 9 Armoured Personnel Cars. Also razed were Police Communication Equipment worth N5.8 billion, and 422 exhibit vehicles valued at N5.5 billion.

The police were the main reason the protests took place in the first instance, but then, do you first annihilate an institution that needs reforms? They had their excesses, but is decapitation the cure for headache?

President Muhammadu Buhari in the wake of the EndSARS protests promised to reform the police, including looking into their welfare and enhancing their status. It is now promise made, and promise kept, as the Federal Executive Council unfolded a new deal for the police. It is like a Christmas bonus, which came at the end of the year.

See the parlous conditions of members of an institution we gave arms and ammunition to, and we asked to protect us.

A working group set up at the instance of President Buhari, came up with recommendations, which have now been approved by the Federal Executive Council. They include:

*The release of over one billion, one hundred and twenty-eight million for the payment of outstanding benefits to 1,898 personnel for the period 2013 to 2020.

*The release of over 13 billion for the payment of outstanding death benefits.

*Tax waiver in the sum of over N18 billion per annum for all junior personnel in order to increase their take-home emoluments.

*Payment of 20% of COMPOSS as peculiar allowance to boost morale and take-home pay of the police.All these, and more, are to take effect from the 2022 appropriation act, thus improving the welfare of our police personnel.Will it automatically translate to better behavior, and elimination of bribery and corruption? Not by the waving of a wand. But it would signpost the beginning of caring for the police. The journey of a thousand miles begins with one step.History will record President Buhari as the man who began to take practical steps in repositioning the welfare of the police. They would no longer be regarded as scum, and would earn respect from a society that loves to look down on them. I tell you, this President cares.*Adesina is Special Adviser to President Buhari on Media and Publicity

*Increase of rent subsidy from 15-20% to 40% of the Consolidated Police Salary Structure (CONPOSS).*Payment of additional 6% shift duty allowance.