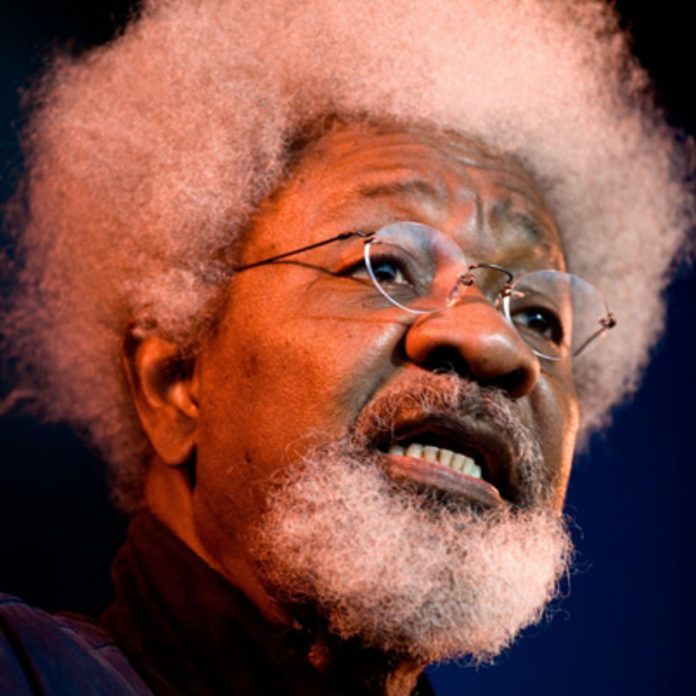 Professor Wole Soyinka has joined the lawmakers of the National Assembly to call for the impeachment of President Muhammadu Buhari over the growing insecurity in Nigeria, especially in the Federal Capital Territory.

The Nobel Laureate spoke on Tuesday, August 2, in Abeokuta, Ogun State, during an interactive session organised to celebrate the 50th anniversary of Abeokuta Club.

The session, which had a Senior Advocate of Nigeria, Femi Falana; the Registrar of the Joint Administration and Matriculation Board, Prof. Ishaq Oloyede; a lawyer, Gbenga Adeoye; a businessman, Ogo-Oluwa Bankole; and the spokesman of the Electricity Distribution Companies, Sunday Oduntan, as panellists, had as its theme “Good governance or mis-governance: The contract called democracy.”

According to Soyinka, who was the session’s moderator, misgovernance is one of the ways a democracy contract is broken and thus possible impeachment.

“Very often, the grounds for breach of contract, I think we all agree is mis-governance and one of the ways of breaking this kind of contract, we know even before the duration of a contract is known as impeachment; and reason we will go by some legislators to impeach the president who is the head of government.

“In fact, one cleric has gone even further, he believes that the impeachment should take place, not in the legislative home but in the bush with the kidnappers and he appealed to the kidnappers to quicken the process by impeaching the president and take him away and some of his aides and one or two governors.”

Soyinka, however, threw the question to the gathering whether the President should be impeached or not and majority of the people who comprised members of the club and other dignitaries raised their hands that Buhari be impeached.

He further stated that the decision of the president, who had performed abysmally, to choose his successor is also a breach of the contract of democracy.

“In any democracy, any president, any prime minister or whatever is entitled to one vote, we are not saying we should disenfranchise somebody because they are on top of governance.

“They had their right to campaign for any candidate they like but there is nothing in any constitution that I know of in any democratic constitution which says that the head of government should appoint his or her successor.

“I am not aware of it and this is a head of governance who is generally agreed, I believe, as having failed, having misgoverned to the point that impeachment is being considered.”

He also said that he heard some governors had visited the president who is known to have failed in his duty as a leader to demand that he give them a successor.

“I hear the governors go to this individual, go to this failure and say to him ‘please give us your successor.’

“Many of us in this country, including governors, including chairmen of local governments, what comprehension they have of this process called democracy because what these governors are telling us is that after a failure has occupied a seat of government for eight years, that failure should give us another failure for another eight years.”

Soyinka urged the governors to stop desecrating democracy by enthroning a dynasty of failure.

A failure that should give rise to another failure of eight years, the Nobel laureate added.

“So, those who feel that those governors who went to Buhari to give us a successor should also be impeached, can I please see your hands up in the air?

“I hope the governors will make a note of that, please stop desecrating democracy by trying to enthrone the nastic rule by the back door because that is what these governors did to intrigue a dynasty of failure, that is the meaning of that appeal to the outgoing president that, please, give us a successor.

“In fact, it is not democracy and that is not a respect of contract with the people of democracy.”