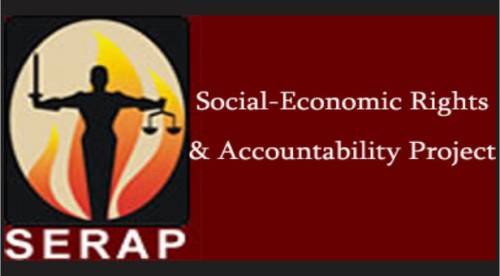 The panel led by a retired judge, Doris Okuwobi, submitted the reports at the Governor’s Office in Alausa, Ikeja.

The panel in its report had recommended disciplinary actions to Lt. Col S.O. Bello and Major General Godwin Umelo for failing to honour its summons in order to frustrate the investigation.

It added that all men of the Nigerian Army that were deployed to the Lekki Toll Gate on October 20, 2020, should be made to face appropriate disciplinary action, stripped of their status and dismissed.

“The panel recommends disciplinary actions to the following officers (Lt. Col S.O. Bello and Major General Godwin Umelo), who refused to honor the summons of the panel in order to frustrate the investigation,” part of the recommendation read.

“All officers (excluding Major General Omata) and men of the Nigerian Army that were deployed to the Lekki Toll Gate on October 20, 2020 should be made to face appropriate disciplinary action, stripped of their status, and dismissed as they are not fit and proper to serve in any public or security service of the nation.

It also added that the Divisional Police Officer of Maroko Police Station along with policemen deployed from Maroko the station on the 20th and 21st of October 2020 should be prosecuted for arbitrary and indiscriminate shooting and killing of protesters.

Taking to its Twitter handle on Tuesday, SERAP said it will sue the Nigerian government on Wednesday morning as it called on Nigerians to join in the suit.

It also said this will be followed up with a petition dated 21 October 2020 to the Prosecutor of the International Criminal Court.

The tweet reads, “We’re suing the Buhari administration to compel it to immediately arrest the soldiers and police responsible for the shooting of #EndSARS protesters at Lekki-Toll Gate and pay reparations to victims.

“We’re also following up with our petition dated 21 October 2020 to the Prosecutor of the International Criminal Court by forwarding today a copy of the report of Lagos #EndSARS Panel as additional information and evidence.”

Recall that on October 21, 2020, SERAP sent a petition to Fatou Bensouda, Prosecutor, International Criminal Court (ICC), urging her to “promptly investigate reports that Nigerian authorities, military, and some politicians have used/ and are using thugs, soldiers and security agents to intimidate, harass, attack and kill #EndSARS peaceful protesters in several parts of Nigeria, including Abuja, Lagos, Edo, Osun, Plateau, and Kano states.”

SERAP urged Bensouda to “push for those suspected to be responsible for these crimes, mostly security officials, soldiers, some politicians and other actors who directly or indirectly have individually and/or collectively contributed to the attacks, deaths, and injuries, and are therefore complicit in the crimes, to be tried by the ICC.”