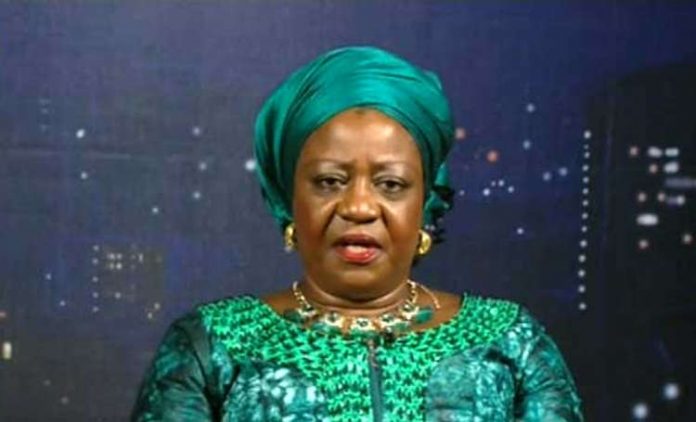 President Muhammadu Buhari has named Lauretta Onochie as the substantive chairman of the Niger Delta Development Board (NDDC).

He also appointed 15 other nominees as members of the board.

The appointments were contained in a letter to the Senate President, Ahmad Lawan, who read it out at the start of plenary on Wednesday.

Ms Onochie, currently a special assistant to the president on new media, was enmeshed in a controversial appointment into the electoral umpire, INEC, in 2020. She was appointed by Mr Buhari as an INEC commissioner to represent Delta State.

Many also described the appointment as unconstitutional – majorly because she is partisan and has openly campaigned for the ruling All Progressives Congress (APC).

Although she had told the Senate committee on INEC that she quit politics in 2019 and that she was no longer partisan – a claim which turned out to be false, she was rejected by the Senate in July.

The basis for her rejection was however not her partisanship. The Senate had said her appointment was rejected because “it breaches the federal character principle.”

“In the case of Ms Onochie’s…the Senate may wish to recall that in 2016, the Senate based on the recommendation of its INEC Committee confirmed Barr. May Agbamuche-Mbu from Delta State as a National Commissioner in INEC, who is still serving,” Kabiru Gaya, chairman of the INEC committee had explained. “Confirming the nomination of Ms. Lauretta Onochie from the same Delta State will be a violation of the Federal Character Principle.

“Therefore, based on the provisions of Section 14(3) of the Constitution…and in order for the Committee and the Senate to achieve fairness to other states and political zones in the county, the Committee is unable to recommend Ms. Lauretta Onochie for confirmation as a National Electoral Commissioner for INEC but would rather recommend to the Senate to request that the President makes another nomination.”

The nominees will be screened by the Senate committee on NDDC on another legislative day.