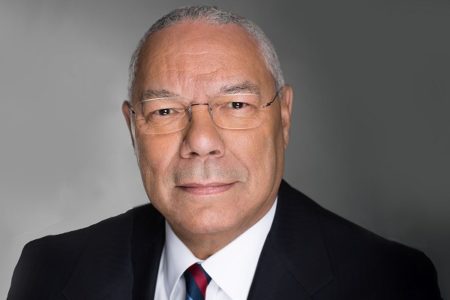 The President eulogised Powell, who was the first U.S. Chairman of the Joint Chiefs of Staff, of African-American origin, while reacting to the news of his death yesterday.

In a statement by his Senior Special Assistant on Media and Publicity, Mallam Garba Shehu, President Buhari expressed Nigeria’s condolences to President Joe Biden, the Powell family and the American people, noting that the departed was one of America’s pride.

“On behalf of all Nigerians, President Muhammadu Buhari offers deepest condolences to President Joe Biden, the government and the people of the United States, on the passing of the former Secretary of State, General Colin Powell,” he said.

“The Nigerian leader recounts that as U.S Secretary of State, Powell played a very important role in advancing his country’s foreign policy and national defense interests. He was also a great advocate of the eradication of Polio and in addressing the deadly spread of HIV/AIDS pandemic in Africa.

“President Buhari’s prayers and thoughts are with General Powell’s family and the people of the United States as they mourn the death of an exceptional leader and one of America’s greatest pride, who as a professional soldier, a distinguished public servant and an effective diplomat, gave his utmost for his country”, the statement said.

Powell was said to have died of COVID complications yesterday.

According to the family, the late Powell was fully vaccinated and was treated at Walter Reed National Military Medical Centre.

“General Colin L. Powell, former U.S. Secretary of State and Chairman of the Joint Chiefs of Staff, passed away this morning due to complications from Covid-19,” the family said.

“He was fully vaccinated. We want to thank the medical staff at Walter Reed National Medical Center for their caring treatment.

“We have lost a remarkable and loving husband, father, grandfather and a great American.”

The deceased served as national security adviser to former President Ronald Reagan from 1987 to 1989 and was the chairman of the Joint Chiefs of Staff under ex-President George HW Bush in 1989. He was appointed as secretary of state in 2001 under the Bush administration, and he became the first black person in U.S. history to be so appointed.