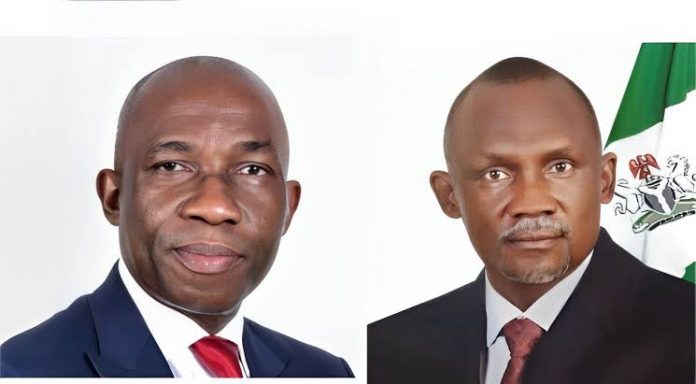 President Muhammadu Buhari has approved the renewal of the tenures of Aliyu Abubakar and John Asein as director-general of the Legal Aid Council of Nigeria (LACON) and the Nigerian Copyright Commission, respectively.

This is contained in a statement issued by Modupe Ogundoro, spokeswoman for the Federal Ministry of Justice, on Sunday.

According to the statement, their emoluments and other conditions of service were provided for under the Certain Political Office Holders (Salaries and Allowances, etc.) (Amendment) Act 2008.

The letters noted that the renewal of the duo’s appointment was predicated on the laudable achievements recorded by the two agencies during their first tenures.