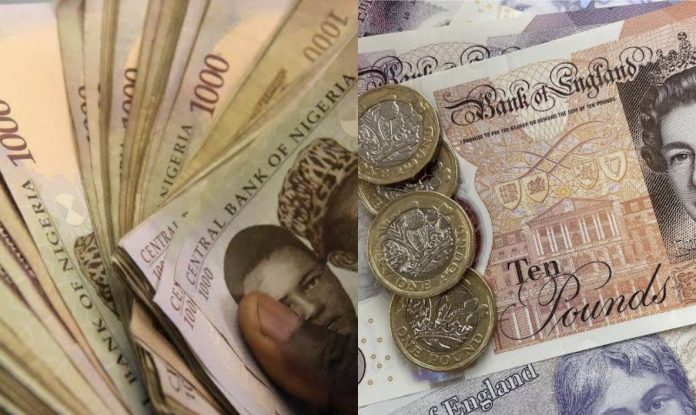 The naira’s value has continued to fall under President Muhammadu Buhari’s regime, tumbling to a new low of N1005 to the British pound sterling on the parallel exchange platform Aboki Forex on Saturday.

It was revealed that the naira traded at N1005 against the British Pounds Sterling and N890 to a dollar.

The rapid depreciation of the country’s currency follows a prolonged ban on bureau de change operators and the Central Bank of Nigeria’s finalised plans to redesign the national currency.

Godwin Emefiele, the governor of the central bank, declared in October that new naira notes would be released by December 15.

The action, which has subsequently been approved by Mr Buhari and other stakeholders, was predicted by Mr Emefiele to increase the value of the naira.

However, the value of the currency continued to plummet significantly after the announcement of the completed plans to redesign the nation’s currency.

The apex bank advised all Nigerians six weeks to return all old naira notes to the bank’s vault, but politicians have continued to seek BDC operators to convert their soon-to-expire stored naira to foreign currencies.

In order to halt the country’s currency’s rapid depreciation, the CBN outlawed the sale of foreign exchange to BDC operators in 2021. The central bank accused the BDCs of making illegal foreign exchange sales above the market they were authorized to serve.

Before the ban, BDC operators were an important part of the black market, assisting people who couldn’t lawfully get foreign currencies directly from the CBN to maintain their exchange rates.

With the rate at which the value of the currency is falling,  experts have also predicted that before the end of the year, the Naira will exchange at N1000 to the dollar.