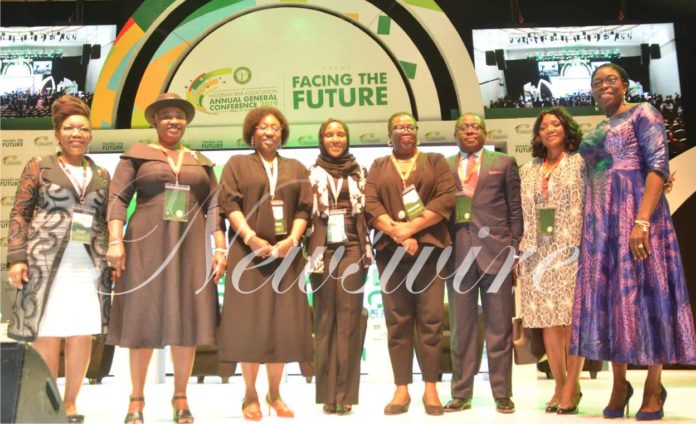 One of the keys goals of the United Nation’s Millennium Sustainable Goals (Goal No. 5, to be precise) is Gender Equality and Women’s Empowerment. Sadly, though, this is yet another area in which Nigeria has consistently fallen short, even by African standards – relative to the gains made in recent years by nations such as Rwanda, Senegal, Ethiopia and Ghana, among others.  Her unflattering place on the global index for the measurement of gender equality and empowerment is not for want of trying by the country’s growing tribe of gender and human rights activists, as experts have always pointed out, but due to the preponderance of anti-women laws and legislations in our statute books, and by the lack of political will among the country’s policymakers and other stakeholders. This lack of political will, and the proactive actions that flow from it, is clearly not something the Nigerian Bar Association suffers from, as attested to by the importance it attaches to this subject of discourse in its work and engagements with stakeholders workings, and specifically by the premium it places on the need to have a robust conversation on the issue of women’s rights in this year’s annual general conference. The business mogul, Alhaji Aliko Dangote, who was originally designated as Chairman of the session, was ably represented by his daughter Halima. She was joined on stage by a trio of highly accomplished ladies, namely, Hon. Justice Uzo Anyanwu-Ndukwe, a Justice of the Court of Appeal, who was the lead speaker in place of Dr. Herbert Wigwe, the CEO of Access Bank; Senator Betty Apiafi, who is the Chairman of the Senate Committee on Women Affairs & Youth Development; and Dr. Abiola Akiyode-Afolabi, who serves as a lecturer at the University of Lagos & the executive director, Women Advocate Research and Documentation Center.

In her presentation, the eminent jurist outlined the various factors – social, economic, political, etc – responsible for gender inequality. As educated women and empowered women, she said, female lawyers must see it as a burden and a responsibility on their part to empower their less-privileged sisters (especially those living in the rural areas). She called on all stakeholders to work to change the various legislators that stand in the way of progress in actualizing MSG No. 5. She added, however, that legislation alone cannot defeat gender inequality, and therefore urged the active involvement of the NBA as well as the Judiciary in the struggle.

Also speaking on the need to amend our laws in this respect, Senator Betty Apiafi (the first-ever female senator from Nigeria’s Rivers State) listed a number of legislations that can no longer be allowed to remain in our statute-books. She praised the role of ‘gender champions’ such as Alh. Dangote and Rivers State Governor Nyesom Wike in the fight for women’s empowerment, and urged other leaders to emulate them.

Their example, she said, clearly showed their understanding that an empowered woman does not necessarily stop being submissive to her husband, or in any way threaten his authority over her. Strong men did not need to emphasize their strength by negating a woman’s quest for self-actualization.

Another speaker, Dr. Abiola Akiyode-Afolabi pointed out the role of insecurity and a state of violence in the society in denying women their rights and dignity, and said that gender-rights activists must of necessity become peacemakers as well. They must understand, she said, that most of the violence in our land today is caused by an ‘agitation for space.’

One of the issues that came up during the Q/A session that followed was the need for gender-sensitive nomenclature and titles in the legal profession. The practice of referring to female lawyers as ‘my learned BROTHER (rather than sister), or calling a judge My Lord (rather than My Lady) is an example, some would say, of the historically patriarchal nature of the profession, an anachronism from colonial days which must be done away with.  Justice Anyanwu-Ndukwe agreed, but hastened to add that, unlike herself, a number of her judicial colleagues actually preferred the male-centric status and would not hesitate to resist any change to the status quo.

All in all, as Halima Dangote and others made their closing remarks, it was agreed that Nigeria still had a way to go in respect of her placing on the UN MSGs in general – and in respect to gender equality and women’s empowerment in particular. But the struggle to overturn obnoxious laws and practices that diminish, demean or humiliate women in these parts was not a fight for women only; it was the collective responsibility of all – male and female alike – in our quest for a more harmonious, just and prosperous society.