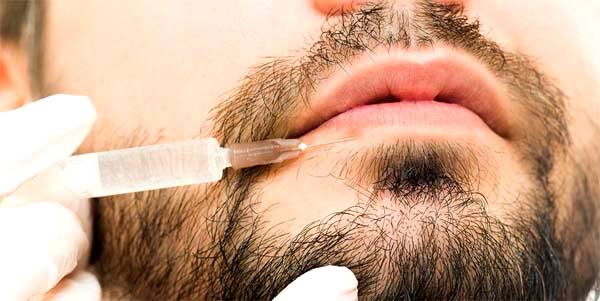 Scientists in Belgium say Botox which is known for helping to iron out wrinkles in the skin, may also smooth out erectile difficulties in men.

Injecting impotent men straight into their male sex organs relaxes the organ, allowing blood to rush into it.

The urologists said the treatment showed ‘clear benefit’, although further studies are needed. Also the jab only appeared to work for three months.

Around half of all men suffer with some form of erectile dysfunction at some point in their lifetime.

Doctors usually given drugs to lower blood pressure or statins because difficulties tend to be brought on by circulatory problems.

Although drugs such as Viagra can be bought from pharmacies without a prescription, others like Cialis, Levitra, and Spedra require a doctor’s approval.

Botox is also not currently widely approved although it is offered at some private clinics.

The effectiveness was measured using the erection hardness scale – a four-point scale, ranging from zero to four.

They also measured blood flow into the organ with an ultrasound and surveyed men to determine the extent of their erectile dysfunction before and after treatment.

One study showed around half of those given Botox responded positively on all three counts up to three months later. But the effects had worn off after six months.

Another showed 40 per cent of impotent men given an injection were able to have sex three months after the treatment.

They said:  “As for the duration of benefit from the BoNT-A injections, the above studies described a clear benefit within the first three months of treatment.

“This benefit seems to regress reaching the six months period. This sheds the light on the importance of maintenance regimens in such patients.”

But they said the small sample size meant further studies are needed and Botox should not be dished out for ED until clinical trials have finished.

Botox is thought to improve erections by temporarily relaxing the smooth muscle in the walls of blood vessels in the penis. It blocks nerve signals that usually constrict these muscles, meaning more blood is able to enter the organ.

How do you Know if you Have a HORMONE IMBALANCE? – BY DR. BROOKE KALANICK