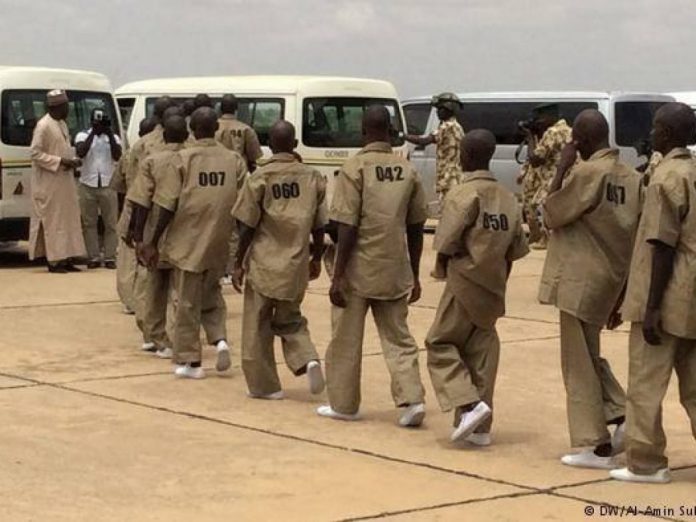 Community leaders and stakeholders in Borno state have agreed to forgive and accept repentant members of Boko Haram.

The leaders took the decision on Sunday during a stakeholders’ meeting organised by the state government and presided over by Babagana Zulum, the state governor.Zulum said the stakeholders’ meeting became necessary following the mixed reactions that recently trailed the mass surrender of former Boko Haram fighters.Many have condemned the federal government’s move to rehabilitate and reintegrate the repentant insurgents back into society.

Senate President Ahmad Lawan had also called for caution in accepting some of the Boko Haram insurgents who are begging for forgiveness.Zulum disclosed that apart from the 3,000 former insurgents currently in the custody of the government, another 900 have surrendered to Cameroonian forces.At the end of the meeting, a communique was issued with conditions that must be met before the insurgents are accepted into various communities.

The 16-point communique was signed by Kaka-Shehu Lawan, Borno state commissioner for justice and attorney-general of the state.Among the conditions given is the “proper profiling of the repentant Boko Haram insurgents to avoid hasty release of hardening elements to the larger society”.The stakeholders called on the Nigerian military “to sustain the ongoing offensive on the activities of ISWAP”.They also demanded a periodic media briefing on the activities of the surrendered insurgents as a means of keeping the public abreast of developments, and that “all firearms and offensive weapons used by the insurgents be retrieved from them”.