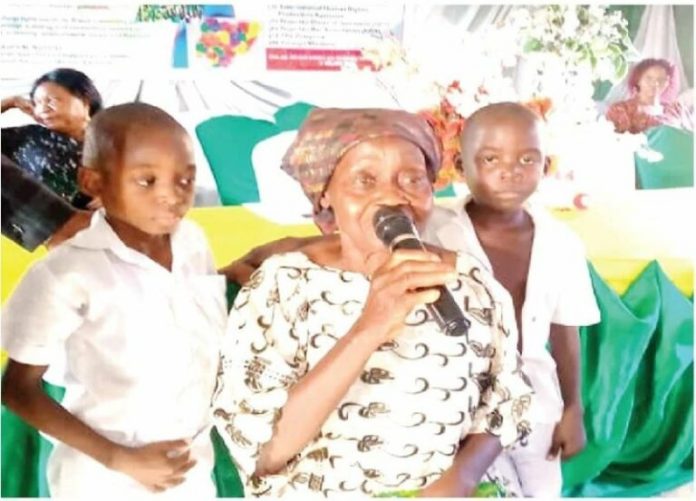 Two Akwa Ibom children, Gideon Edet and Kingsley Edet, have been rescued from the hands of suspected ritualists by their grandmother, Mrs Bassey Ekong.

It was learnt that the duo were rescued after their parents allegedly completed negotiation to sell them for N50,000 and N20,000 respectively, due to poverty.

Mrs Ekong, who hails from Mbiokporo, in the Nsit Ibom Local Government Area of the state, while narrating the incident on Sunday, said she intervened by threatening to curse the mother of the kids, who was her second daughter.

She explained that when their mother, a housewife, gave birth to the first son, their father was jobless.

She said a friend to their mother later linked the family to ritualists, who offered to buy the children.

Ekong explained that the parents conspired to sell the children but when they told her, she cursed them and vowed to report the matter to the police, which made them abandon the children.

“I suffered to raise the children by engaging in menial jobs and weeding people’s farm for meagre wages, just to keep the kids,” Ekong added.

She said when the children were of school age, she enrolled them at St. George’s Primary School, Aka Offot, Uyo, for their primary education, adding that to cater for their educational needs had become difficult for her.

The grandmother, now blind, said she could not fend for the children anymore as they could not eat.

“I cry for these children each day they leave for school without food and no writing materials in class. Now, I can’t help them. Their parents ran away as they failed in their plot to sell them to ritualists,” she added.

She appealed to the Akwa Ibom State Government and non-governmental organisations to assist her in training the children as their parents had abandoned them.