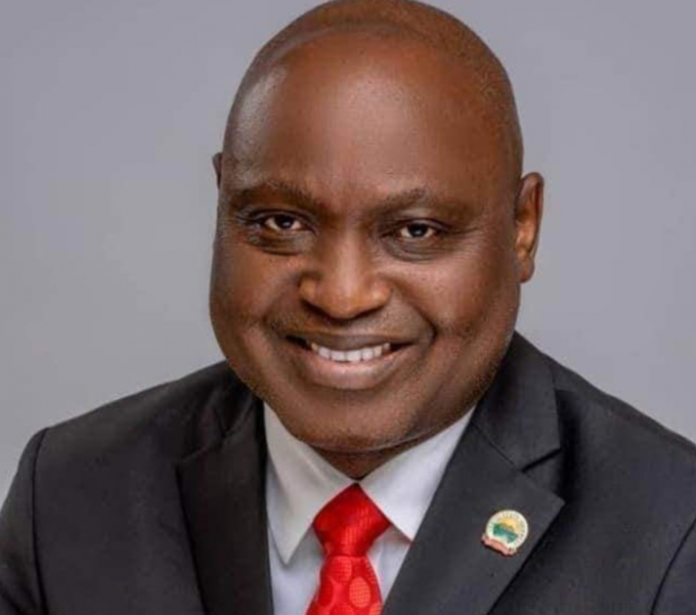 Oyebanji, a former secretary to the state government (SSG), defeated other aspirants to emerge winner of the primary election on Thursday. He polled 101,703 votes, while his closest challengers; Ojo Kayode had 767, Opeyemi Bamidele had 760 and Dayo Adeyeye polled 691 votes.The result was announced by Mohammed Badaru, Jigawa state governor and chairman of the primary election committee.

Oyebanji will be the APC’s standard-bearer in the governorship election to be conducted on June 18 by the Independent National Electoral Commission (INEC).The APC governorship candidate is a seasoned administrator who has served in at least three governments since Ekiti was created in 1996 by the late Sani Abacha.Oyebanji served as the special adviser on parliamentary affairs in the administration of Niyi Adebayo, a former governor of Ekiti.

He was chief of staff to Kayode Fayemi, the incumbent governor, in his first term.Oyebanji is believed to have the backing of Fayemi and Adebayo.

Opeyemi Bamidele, senator representing Ekiti central, had earlier asked the APC to cancel the primary election.Bamidele alleged that those on the primary election committee are aides of Fayemi, who are working to ensure that Oyebanji gets the party’s ticket.Subsequently, seven governorship aspirants — including Bamidele — expressed dissatisfaction with the process, saying the exercise would not be fair.

The aspirants — Kayode Mojo, Demola Popoola, Femi Bamisile, Bamidele Faparusi, Dayo Adeyeye and Afolabi Oluwasola — alleged that the primary election committee is made up of loyalists of the Ekiti governor.Despite the calls for cancellation, the Ekiti chapter of the APC said the exercise would go on as scheduled, insisting that there was a level-playing field for all aspirants.

Speaking after announcing Oyebanji as the winner, Badaru said the election was transparent and devoid of any manipulation, saying the method for the exercise was agreed by all aspirants during a stakeholders meeting held on Wednesday.