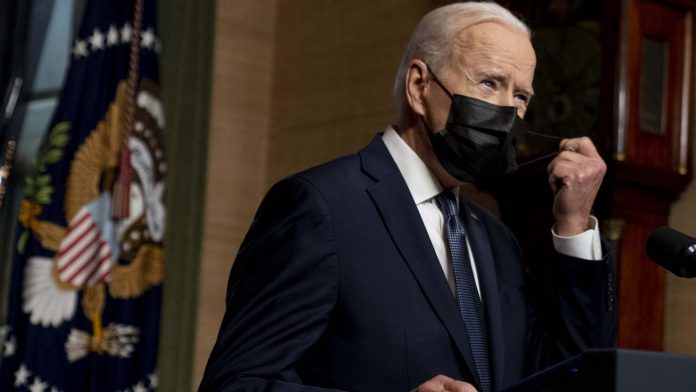 Reviving the Iran nuclear deal would seem like a simple task for US President Joe Biden. Iran wants him to lift sanctions in exchange for Tehran’s return to compliance.

But as Iran and the United States resume indirect talks in Vienna led by the European Union, the Biden administration faces the question of which sanctions exactly are on the table.

Further casting a shadow over the talks is an explosion at a key Iranian nuclear facility purportedly carried out by Israel, a sworn foe of the 2015 accord, which led Tehran to announce it was ramping up uranium enrichment closer to weapons-grade levels.

The Joint Comprehensive Plan of Action, negotiated under former US president Barack Obama, promised Iran relief from sanctions if it drastically scaled back its nuclear program — a commitment that UN inspectors said Tehran had been meeting.

Obama’s successor Donald Trump called the JCPOA “the worst deal ever” and withdrew in 2018, saying the accord did not take into account other objectionable activities by Iran.

Trump imposed a unilateral embargo on Iran’s key export of oil, punishing any other country that bought it.

Trump went on to impose a number of additional sanctions including declaring Iran’s powerful Revolutionary Guards to be a terrorist group, the first time such a designation has been given to a state entity.

Openly seeking to tie Biden’s hands, the Trump administration in its final months announced a number of duplicative restrictions such as designating Iran’s central bank for alleged terrorist financing in addition to previous nuclear sanctions.

A senior US official reiterated after the initial talks in Vienna last week that Biden was ready to lift “all sanctions that are inconsistent with the JCPOA.”

“It’s not as easy a process as it may sound precisely because the Trump administration went out of its way to make it difficult for a successor administration to rejoin the JCPOA,” the official said.

But the official also said there remained “legitimate sanctions” — which the United States could impose over “terrorism, on human rights violations, on ballistic missiles” or other issues.

Iran has pressed hard for a lifting of all sanctions, warning that it may stop negotiations if not.

It has also refused direct talks with the United States, forcing European intermediaries to shuttle between separate hotels in Vienna.

Britain, China, France, Germany and Russia remain in the JCPOA and strongly back a return of the United States, believing the deal addressed the most pressing concern with Iran.

But the Biden administration, while agreeing on the JCPOA’s value, has stressed that it is waiting for Iran first to roll back steps away from compliance that it took to protest Trump’s sanctions.

Some observers believe Biden was unwilling to invest political capital so early on the Iran deal which is fiercely opposed by the rival Republican Party.

Republican lawmakers have already accused Biden of capitulation after he took modest initial steps including easing draconian restrictions on the movements of UN-accredited Iranian diplomats in New York.

But Biden’s Democratic allies have been urging him to move forward, saying that Trump’s “maximum pressure” strategy had been a clear failure and that the United States can address non-nuclear concerns once the JCPOA is back in operation.

“Should Iran be willing to return to compliance with the limitations set by the JCPOA, the United States should be willing to rejoin the deal and provide the sanctions relief required under the agreement,” said a letter from Senate Democrats led by Tim Kaine and Chris Murphy.

“It is crucial that America reassert its leadership and moral standing on the global stage as we pursue our national security interests.”

US to Supply Nigeria Drones to Curb Insecurity