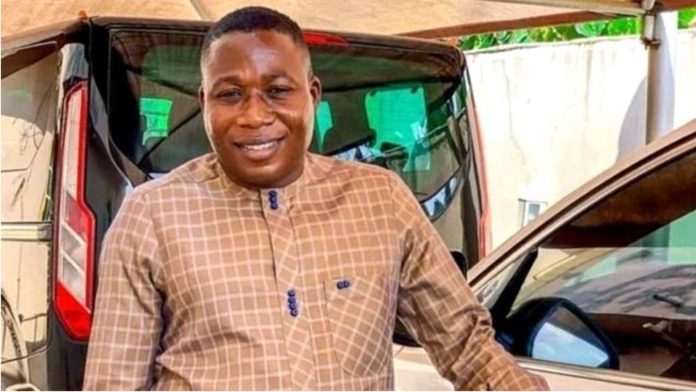 Agbekoya farmers society of Nigeria has disclosed that it will deploy magical power to free detained Yoruba nation agitator, Sunday Adeyemo, (popularly referred to as Sunday Igboho) if the government of Benin Republic continue to hold him illegally.

Speaking during a peaceful rally on “State of the Nation” in Osogbo, Osun State capital on Thursday, the association’s President, Chief Kamorudeen Okikiola said Igoho is not criminal, but a freedom fighter and he is been held illegally through the influence of Nigerian Government on Benin Republic.

“Sunday Igboho is not a criminal and we know he is being held illegally, Benin Republic Government has stopped taking him to court, hence, we demand that he should be released through legal means, if they refuse, we will use our magical power to get him out of the prison. I repeat, we Agbekoya, will get him out of Benin Republic detention and bring him back home”, he said.

On the Nigeria socio-economic situation, Okikiola called for a reversal to the 1960 constitution or restructure the country before the 2023 general elections, adding that without such step the country will not progress, irrespective of who is elected as president. He decried the spate of insecurity across the country, warning of the grave consequences of taking the masses for granted by politicians.

“It is pertinent that we revert to the 1960 constitution and the different regions will have the privilege of enjoying good governance without having to struggle for Presidency. And if that will be difficult, we should restructure the country inorder to enjoy adequate security of lives and property.“The FG may decide to hold the election without listening to the yearnings of Nigerians on restructuring, but we are of the view that whoever is elected would not achieve anything under the present constitutional arrangement.

It is also pertinent to add that politicians should stop taking Nigerians for granted, because the consequences, with time, will be too enormous for the country to remain together again”, he said.Okikiola also advocated for constitutional role for traditional rulers, as a means to check insecurity within the rural areas.

The rally which was attended by members of Agbekoya across the Southwest states had members bearing banners with inscriptions such as, “free Sunday Igboho”, Southwest Governors should rise and save Yorubaland from invasion of bandits, kidnappers, ritualists, rapists etc.”, “Bandits now have colony within our country” among others.The protesters converged on Olaitan from where they moved through Odi-Olowo, Asubiaro, Isale-Osun, Idi-Omo to Ataoja, Oba Jimoh Olaonipekun’s palace, where they submitted a letter to the royal father on their demands from the President.