Behold, another Failed Budget is Coming 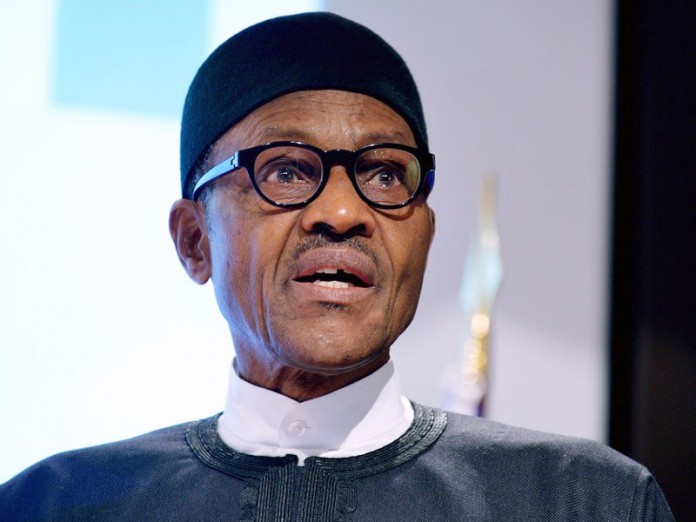 It gets nauseating sometimes, having to deal with a single subject over and over again. But what choice do we really have when the important issue of the Budget – the heart of the nation – is being handled with levity?

In the abstraction, we are quick to admit that government is about the people’s need, the satisfaction of which is the sole justification for government. A good government strives at all times to provide the greatest happiness for every of its citizens.

Such government must, however, be weary not to degenerate to the level of deliberately telling the people just what they want to hear. For instance, this administration was not under any compulsion to begin to announce, as it did last week, that the 2018 Appropriation Bill will be presented to the National Assembly, NASS, in October. At this late hour, Nigerians would rather hear that the Appropriation Bill has been presented, not that it will be presented at a future date.

From the much we now know, it is clear that Nigeria is heading for a 2018 Appropriation Bill that will not be passed before May 2018, thus making it another failed-budget! Even granting that the Executive will not default on the recent announcement, that will give the NASS just enough time to gloss over the Estimates; and kick off the debates on the general principles of the President’s submission before proceeding on the yuletide holidays.

That also means that the Bill will not be referred to the relevant Committees of both Chambers until late February 2018. No magic will make the Committees report out the Bills before the end of April. The floor considerations of the Committee Reports will easily consume another one month before final passage and onward transmission to the President for his assent.

When the Bill has been finally passed, the lawmakers will come up with the usual jargon that the Act shall be implemented for 12 months from the date of presidential assent. Even where Nigeria has been wallowing in this abnormality over the years, it is a height of illegality as we shall see in the paragraphs that follow.

Section 81 of the 1999 Constitution is apropos here: “The President shall cause to be prepared and laid before each House of the National Assembly at any time in each Financial Year Estimates of the revenue and expenditure of the Federation for the next following Financial Year.”

The framers of our Constitution recognised the vital importance of the Financial Year as a basis for development; hence they were specific on “the next following Financial Year,” instead of “12 months from the date of the presidential assent”.

As contained in Section 1(3) of the same Constitution, any attempt to alter the Constitution through the back door is unconstitutional, null and void; and of no effect whatsoever. Indeed, the budget roll-over has been the very albatross of the nation’s development. In the era of plummeting oil revenue, the budget roll-over has become the cheap way out for government. Government no longer has the need to strain itself, looking for funds to execute projects. After all, the budget is coming late – in most cases, after the first half of the Financial Year. That’s how even the most critical projects that people desire end up unexecuted.

Take the second Niger Bridge for instance. Several decades after the initial conception and several approvals and budgetary outlays intended for its execution, all that has been done is sod-turning around it every now and then; but never taking off. Similar projects can be located in all the nooks and crannies of the nation.

Nobody today is talking of the idea of executing the budget as passed. Ordinarily, the Appropriation Act, like any other law, should be implemented as passed. In our particular case, if we were to match performance with the Trillions we have been allocating in our annual budgets, it would become crystal clear that government merely exists to pay salaries and allowances to its staff; execute a few flimsy constituency projects; and the year is over!

In the more advanced democracies, when there is yawning gap between estimates and actual performance, that budget has no other name than a failed-budget.

In any case, why do authorities budget more than they can implement? After all, the budget is not a Rolling Plan. If anything, the budget can only be a small part of a Rolling Plan that can be executed within the Financial Year. It doesn’t make much sense to reel out those Trillions; proceed to tell us how you will borrow from heaven and earth to finance the projects; only for you to return to your office and face only the direction of the Niger Delta for your source of funding. Would it not be better to make out a small budget that you can implement; and when condition arise that make full implementation impossible, you go back to the people and explain? Is that not the real essence of accountability?

Again, the budget is not made into a water-tight compartment, which cannot be changed. In the cause of the Financial Year, any short-fall in appropriation can always be augmented through a supplementary appropriation.

Under existing law, our annual budget covers the period 1st January to 31st December. Hitherto, the Executive Branch would wait till the dying days of the year before throwing the following year’s appropriations into the NASS. Change should now begin with the Executive. The Budget Office shall begin to invite submissions from the Ministries and Agencies as early as March, so that there will be enough time to collate the figures for onward transmission to the NASS not later than August, which will give the NASS four to five months to work on the Estimates.

This way, we shall have an Appropriation Act that fully conforms to the letter and spirit of the Constitution; while performing maximally for a full year with maximum advantage; and Nigeria will be the better for it.