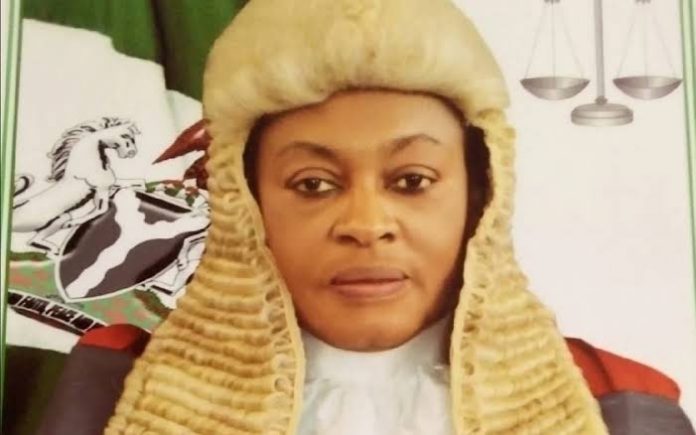 The Chief Judge of Bauchi State, Justice Rabi Talatu Umar, has during her routine quarterly review cases visit to various correctional centres across the state ordered the release of 21 awaiting trial inmates.

Justice Umar, who made this known when she paid homage to the Emir of Katagum, Alhaji Umar Farouk II, yesterday, pointed out that the 21 inmates released were from Ningi, Shira, Jama’are, Azare, Nabordo, remand home Bauchi as well as Bauchi Correctional Centres.

She counseled the released persons to seek pardons from their parents, and equally engage in a lawful venture to fend for a living.

The Judge warned that “any father whose son is incarnated in the custodial centre is in jeopardy, and any child who jeopardise his parents would receive punishment from God.”

The Chief Judge, who was in Azare on official assignment, paid homage to the Emir of Katagum in his palace to inform him that she was on a routine quarterly cases review of awaiting trial persons in various custodial centres across the state, with a view to speed up the dispensation of justice and reduce congestion in the centres.

Justice Umar explained that during the cases review visit, her team also supervised the duties of Sharia Court Judges and magistrates with a view to making corrections where necessary, and equally releasing inmates who were unnecessarily kept awaiting trial without concrete reasons.

She said her visit to the palace of the emir was also to pay him homage, having been in Azare for official duties, and to seek the prayers and blessings of the royal father, as well as advices from him in the conduct of her official duties.

The Chief Justice had during the visits to the custodial centres warned the judges and magistrates to always be around the custodian centres so as to shed more lights on the cases reviewing of awaiting trial persons so as to ease the review and ensure justice dispensation.

Responding, the monarch who commended the Chief Judge for her effort, said it has not only sped up dispensation of justice but gone a long way in decongesting the correctional centres.

The emir, while quoting the adage that ‘Justice delayed is justice denied’, noted that the routine visits to the centres by Justice Umar has kept the various court Judges and magistrates on their toes as well as instilling discipline in their minds while keeping attention to their daily judicial responsibilities.

The Katagum Emir informed the Chief Judge that her ability to undertake such routine quarterly cases review visits to the custodial centres and taking of decisive actions in the judiciary have changed many things for the better.

He commended Governor Bala Mohammed for his recent pardoning of 153 awaiting trial persons from across various custodial centres in the state under the prerogative of mercy granted him by the Constitution.