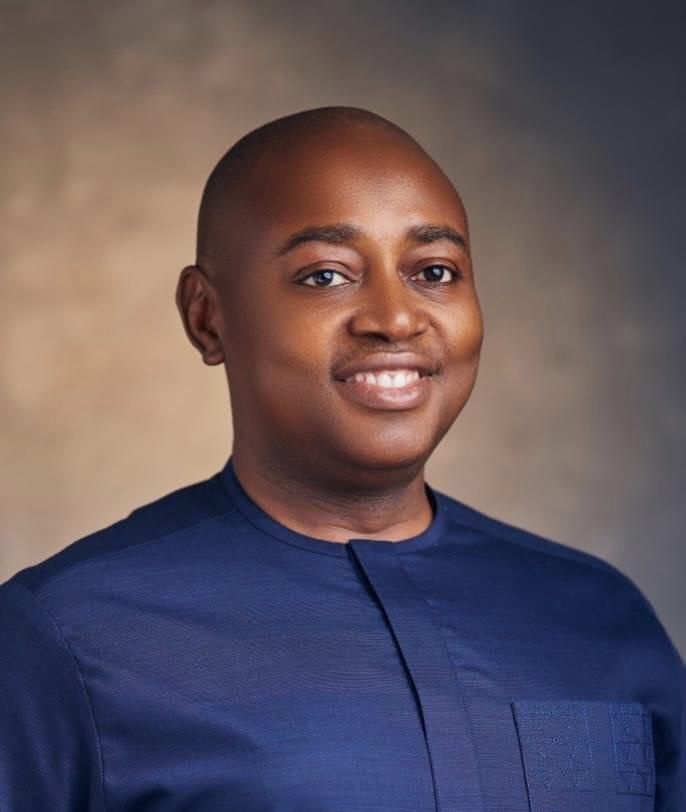 “Two are better than one; because they have a good reward for their labour. For if they fall, the one will lift up his fellow: but woe to him that is alone when he falleth; for he hath not another to help him up.”- Ecclesiastes 4:9-10 KJV
This above scriptural quotation lends credence to the age-long maxim that when two people work together, they are more likely to be more productive, more successful, and faster at solving problems. This reflects the purpose for collaborative effort which undoubtedly is a vital arsenal in governance and leadership.

The choice of a running mate was a very crucial and decisive task for Dr. Peter Mbah, who painstakingly scrutinized and foraged for a personality befitting of such a position. He was aware that his choice must not fail to meet his inner thoughts as well as the public expectations. He knew he had to choose the most qualified, untainted and well suited for the task ahead, owing to the fact that it is believed that one shall chase a thousand but two shall put ten thousand to flight so long as God is on their side- (Deuteronomy 32:30). Based on the foregoing, he rightly chose Barr. Ifeanyi Ossai as his running mate and partner to ensure that this journey of development, growth and greatness becomes feasible and attainable for Ndi Enugu.
Ossai hails from Ezimo community in Udenu Local Government Area of Enugu State. He graduated from the prestigious University of Nigeria, Enugu Campus with a Bachelor of Laws (LL.B) honours degree in 1999 and having successfully attended the Nigerian Law School, he was consequently called to the Nigerian Bar. He also holds a Master of Laws degree (LL.M) in Technology and Telecommunications Law from the University of Essex, England, United Kingdom.

Ossai is a well-versed legal practitioner with over 20 years of extensive experience in various towering aspects of law. He has advised top notch clientele at national and international levels. Furthermore, he sits on the management board of many notable companies including the News Agency of Nigeria. Ossai’s accomplishments were earned through sheer hard work, determination, resilience and uncompromising commitment in all his endeavours. It is not surprising that he has been described in the following words:
“A man characterized by a global intellectual functioning ability and exceptional levels of working memory, attention to detail, and domain-specific talents in diverse areas. Ossai is a perfect combination of a genius and a youth prodigy…. Ossai took Ezimo Community by storm with his evidence-based intellectual capacity, which shone like a diamond in the firmament of the community. He demonstrated a ‘rage to learn’ and he began early in life to learn and put into practice that which he learnt, thus before long, it was easy to distinguish him among his peers.”

I cannot agree less with the above quotation because Ossai embodies the above sterling attributes and more. His outstanding reputation precedes him and therefore, everyone who has come in contact with him can conveniently attest to his character comeliness, integrity, empathy and focus. He is a beacon of light and worthy of emulation in many respects. In addition, Ossai has a proven track record as a man of content, character and influence. Therefore, owing to his astounding leadership qualities, I am resolute in my stance that he will devote himself to the success of the forthcoming administration in Enugu State.

“Even in the best, most friendly and simplest relations of life, praise and commendation are essential, just as grease is necessary to wheels that they may run smoothly.”- Leo Tolstoy

It is noteworthy to mention that upon Barr Ossai’s emergence as the deputy gubernatorial candidate, he has continued to enjoy general approbation and endorsement from various political and cultural persuasions including the non-partisans.

The Chairman of PDP in Enugu State, Hon. Augustine Nnamani highly commended Dr. Peter Mbah for his forthrightness and wisdom in choosing Barr. Ossai for the strength of his uncommon integrity, competence and humility. He further stated that his emergence will boost the success of this forthcoming administration and sustain enduring legacies for Ndi Enugu.
Professor Oguejiofor Ujam of the Department of Pure and Industrial Chemistry, University of Nigeria, Nsukka endorsed Barr. Ossai while expressing that he is well primed to add premium to a well-planned governance strategy in the administration of Enugu State.

The Chairmen and members of Udenu Local Government Area, seasoned professionals, the National Union of Road Transport Workers (NURTW)- Udenu Chapter, representatives and members of the women’s forum, market traders, commercial transport operators and other stakeholders have all declared their unflinching support for Barr. Ifeanyi Ossai. They assured the duo of their unalloyed support in the forthcoming general elections.
Likewise, numerous groups, associations, political stakeholders as well as religious heads have all thrown their weight behind the PDP governorship candidacy in Enugu State. They all pledged to deliver the candidates by galvanising and mobilizing everyone within their reach to vote for Mbah/Ossai in the forthcoming elections.
Lastly, I align myself with other well-meaning citizens to give my full endorsement. No one is more eminently qualified to take the reins of the office of the deputy governor of Enugu State than Barr. Ifeanyi Ossai.
“Big jobs usually go to the men who prove their ability to outgrow small ones.”- Theodore Roosevelt
Barr. Ossai staunchly believes in humanity and has frequently shown this through his philanthropic gestures. It may seem that his efforts are unknown to all but those who have been greatly impacted by his deeds know he is unassuming and a silent achiever.
He always leaves one awestruck with his wittiness whenever he is orally engaged in intellectual discussions and debates. He is an impressive moral and ethical arbiter who convey his position effortlessly with a result-oriented objective.

Unsurprisingly, his kinsmen likened him to one of the legendary iconic leaders of Ezimo in the person of Ezeamba. Ezeamba was in his days one of the greatest orators that ever lived. His oratory was so fluid and flawless that he became the mouthpiece of Ezimo Elders Council. His position had this clarity that dumbfounded his listeners and held them in inspiring awe as he was a perfect talker and a smooth negotiator.
Enugu State has been bestowed with magnificent and outstanding minds capable and adept at piloting its affairs and leading it to the acme of distinction, and I strongly believe that Barr. Ifeanyi Ossai, possessing these virtues, is the most suitable choice as a deputy to Mbah.
The year, 2023 holds the assurance of hope for the productive and practical economic prosperity of Enugu State. Dr. Peter Mbah and Barr. Ifeanyi Ossai are embodied with all the requisite virtues and experience needed for the navigation of the state to an enviable height.
Truly, Tomorrow is here!