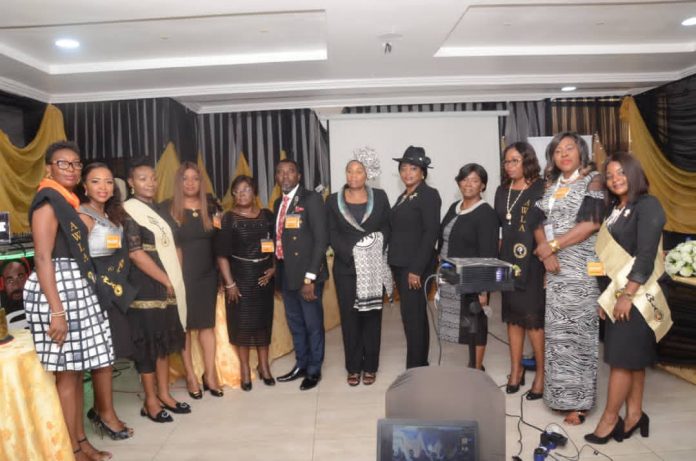 The much-anticipated 2021 Parley of the African Women Lawyers Association (AWLA) Nigeria Chapter took place in Port Harcourt, Rivers State (as one of the major sidelines of the 61st Annual General Conference of the Nigerian Bar Association). NEWSWIRE Law and Events Magazine correspondent in Port Harcourt reports that the event, which was held at the Le Eldera Hotel and Tours under the chairmanship of the Hon. Justice Margaret Okpara, was graced by the executive committee of members of AWLA, registered attendees, stakeholders in the public sector of the law as well as private practitioners, litigators, in-house personnel and, of course, mediators, conciliators and counselors.

In her welcoming remarks, the President of the Nigerian chapter of AWLA, Mrs. Efe Etomi reiterated the mandate of the body to fulfill its founding mission, namely, ensuring a society free from abuse and the indignity of women and children; and building a viable women lawyers’ advocacy group towards creating sustainable democratic development in Africa. This, Mrs. Etomi said, was in line with the group’s vision – which is to promote, preserve and protect the rights and interest of women and children in Nigeria and Africa.

She added that the focus of the Parley, which is to interrogate the ways by which mediation can be utilized as a tool for the resolution of family disputes, was informed by the group’s recognition of the crucial role played by the family unit in the growth, development and evolution of the community and the nation. Etomi expressed confidence that this Parley on mediation and family disputes would advance AWLA’s drive to address abuses (such as the sexual defilement of women and children) as well as get the lives of victim back and give them the opportunities to think outside the proverbial box in the quest for meaningful and lasting solutions. AWLA is undertaking this task, she disclosed, in partnership with law firms, using the experience and expertise of AWLA members who are themselves mediators and conciliators.

Introducing the Parley, the Chairperson, Hon. Justice Margaret Okpara described the family as the oldest and most resilient institution in human society, which was why family disputes and conflicts tend to be the most intense and intractable. Quoting the late Robert F. Kennedy, the jurist put the blame for our current societal ills on the degradation of the family unit. Society these days, she said, seems to be at odds with the wisdom expressed in the Bible book of Luke 12:15, to the effect that a man’s worth does not consist in the abundance of his possessions. The attitude of emphasizing material possessions to the exclusion of human values (even among Christians), Justice Okpara says, has had a devastating impact on families – to the point where conflicts over property, and highly acrimonious divorce petitions, etc. – are on an astronomical increase, as spouses expend more energy in trying to tear down the family than they do in building it up.

The Judge ended by urging AWLA to ‘take the lead’ (in line with the theme of this year’s NBA-AGC) in erecting a strong advocacy framework in addressing matrimonial and family disputes in partnership with other civil society groups as well as schools, churches, etc.
Justice Okpara hailed the choice of topic for this year’s Parley, adding that in most cases, court cases and resultant judgments do not mend families; on the contrary, they lead to bad blood and outright enmity. It is in recognition of this, she said, that jurisdictions across the nation have set up Multidoor Courthouses to manage alternative dispute resolution (ADR) mechanisms more effectively.

In his Keynote Address at the occasion – with the theme, ‘USING MEDIATION AS A TOOL FOR RESOLUTION OF FAMILY DISPUTES AND CONFLICTS,’ Elachi John Agada, an experienced and certified trainer in mediation, arbitration and conflict resolution processes who currently serves as the President of the Institute of Chartered Mediators and Conciliators (ICMC), hailed the rising profile of ADR mechanisms in our society and around the world – in spite of the fact that there are certain cases (especially criminal ones such as rape and theft, etc.) that cannot be mediated and would require litigation.
The successful mediator, Agada said, must adhere to the following core principles:

CONTINUATION OF THE NBA-ICLE 6-DAY TRAINING ON THE LEGAL ASPECTS OF FINANCE – OVERVIEW, ISSUES AND DOCUMENTATION: DAY 2.