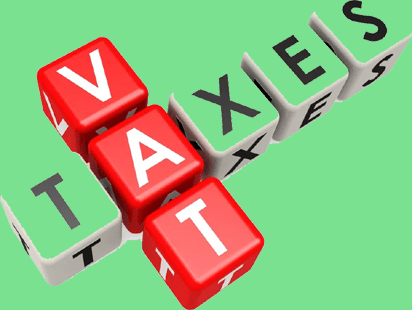 … uncovers N18bn on misappropriation of funds

The Office of the Auditor-General for the Federation, OAuGF, has disclosed that about 12 Ministries, Departments and Agencies of government, MDAs, failed to remit N5 billion worth of taxes.The MDAs it listed, were, Nigerian Civil Aviation Authority, Federal College of Freshwater Fisheries Technology, Nigerian Correctional Service, House of Representatives, National Assembly Service Commission, the Senate and Department of Petroleum Resources.

The OAuGF in its 2019 audit report obtained stated that the sum of N5,828,621,715.06 was the amount of taxes not remitted by 12 MDAs , which saw the Nigerian Civil Aviation Authority with the highest amount of over N2,984,887,250.00 (Two billion, nine hundred and eighty four million, eight hundred and eighty seven thousand, two hundred and fifty naira).

While Federal College of Freshwater Fisheries Technology, New Bussa had the least amount of N1,021,011.13 (One million, twenty thousand, eleven naira, thirteen kobo). Recall that the acting Auditor-General of the Federation, Adolphus Aghughu, had presented the audit report to the Clerk of the National Assembly last year.

The audit report is titled , “Auditor-General for the Federation’s Annual Report on Non-Compliance/Internal Control Weaknesses Issues in Ministries, Departments and Agencies of the Federal Government of Nigeria for the Year Ended 31st December, 2019.”

Quoting Section 80(4) of the 1999 Constitution, that reads: “No money shall be withdrawn from the CRF or any other public fund of the Federation except in a manner prescribed by the National Assembly,” the report said that the sum of N49.538 billion was the amount of extra-budgetary expenditure without approval by nine MDAs.

The report found wanting the Federal Ministry of Agriculture and Rural Development, FMARD, with the highest amount of N48.425 billion, while Pharmacists Council of Nigeria, Abuja had the least amount of N1.687 billion.

On misappropriation of funds, the report further revealed that the sum of N18.197 billion was the amount of misappropriated funds by ten MDAs.

Meanwhile, 18 MDAs were indicted to have awarded irregular contracts to the tune of N4.411 billion, which saw the Nigeria Police Force Headquarters having the highest amount of N1.136 billion, while National Inland Waterways Authority, Lokoja, had the least amount of N6.983 billion.

The report further noted that “Establishment Circular Ref. No: HCSF/CSO/HRM/Pol.1402/1 dated 22nd January, 2015 on ‘Restriction on Foreign Trainings and International Travels by Public Servants’ places embargo on participation or attendance of international conferences, seminars, workshops, study tours, trainings, paper presentation, negotiating/signing of MOU abroad at Government expenses, except those that are fully funded by sponsoring/inviting organizations.