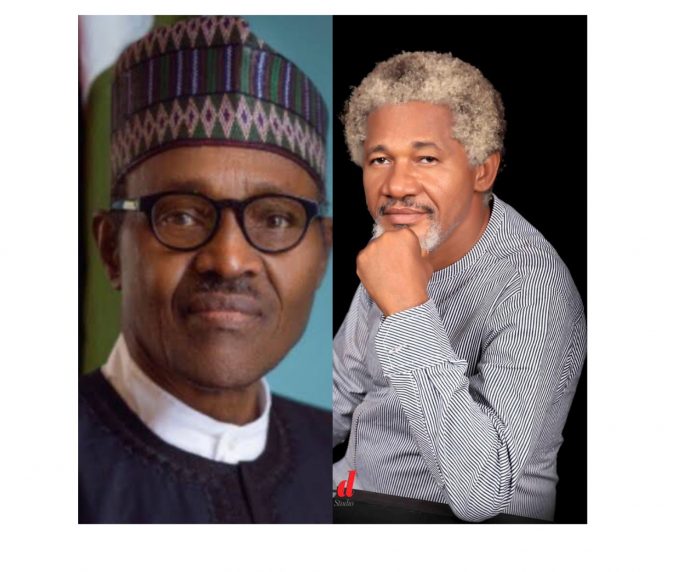 For several years going terrorists from other west African countries with the support of their kith and kin in Nigeria have been wrecking havoc on Nigerian citizens and attacking Nigerian government facilities through out Nigeria with impunity.

Barely two years in Kaduna State alone , these criminals have without any consequence attacked government facilities and gruesomely murdered thousands of defenceless Nigerian citizens , dehumanising them , seized their ancestral homes and rendering them internally displaced persons in their own country without protection from both the Kaduna State government and the Federal Government of Nigeria .

On the 11/3/2021 , the Federal College of Forestry Mechanisation, Afaka, Kaduna was attacked, and over 40 students were kidnapped for ransom. On 24/8/21 the security of Nigerian Defence Academy , Afaka , Kaduna was breached by , large numbers of terrorists who injured several officers , killed two and abducted a senior officer . On 12/2/2022 the criminals attacked the NDA again but were repelled . On 26/3/2022 terrorist numbering over two hundred on motion bikes armed with AK-47 riffles and machine guns invaded the Kaduna International Airport, Afaka for twelve hours ensuring that no aircraft fly out or land at the airport and in the process killed a security personnel of the Nigerian Airspace Management Agency(NAMA ). In fact this is not the first time that they have attacked the Kaduna International , they did attack it last year and successfully kidnapped ten persons.

The latest of the terrorists attack on government facilities is on the train carrying 970 passengers from Abuja to Kaduna on 29/3/2022 in which several persons where abducted , killed and injured .Amongst those killed is my class mate at the Nigerian law school Barrister Musa Lawal of Secretary General TUC. May his soul rest in peace and I also pray that our creator gives his family the heart and fortitude to bear the loss

As if the blood sucking terrorist were rehearsing for the bombing of the train on 26/3/2022 , 27/3/2022 and 28/3/2022 respectively , they killed no fewer than 95 persons with several others injured, abducted and their houses and properties worth several millions of Naira burnt down and destroyed .
Giwa , Dillalai, Zango Tama, Kaya, Barebari, Anguwan Bakko, Gidan Alhajin Kida, Kadanya and Durumi are amongst the communities affected in the said attacks..

Despite these acts of war against the Federal Republic of Nigeria , our president is yet to take any cogent step to bring the culprits to book and protect the lives and property of Nigerians plus the territory integrity of Nigeria .
for reasons best known to him.

After meeting with all his service chiefs, Inspector-General of Police, and Director-General of the Department of State Services, on 29/3/2022 after the attack on the train , the best our President could do is to ask law enforcement agencies to ensure that the callous terrorists are hunted down and made to face justice for their heinous acts. This we all know is the same old song of our president.

Without trying to take his job , I ask the commander in chief of our armed forces why he is treating confirmed terrorist in the North with kit gloves and treating mere agitators in the South East with iron fist ? Why has he and his Chief of Army Staff (COAS failed , refused and/or neglected to roll out the tanks to Kaduna and deploy military men , DSS and the police to Kaduna to liberate the people there from repression, suppression , oppression and the occupation of their land by foreigners ? So what happened to the Super Tucano jets ? It is that they are fit to be used in the skies of the South East of Nigeria against agitators and not fit to be used in the skies of the North against terrorists ? Why is it okay to kill innocent young men in the name of flighting and flushing out secessionist in the South East but difficult to smoke out and bleed to death terrorists whose not is to bring pain and sorrow to others from their hide outs which is well known to the president and his security chiefs. Why is it that the jungle experts can work in the thick forest of the South East but cannot work in the forest of the North that is not as thick as those of the South East ?

Unless our president sees the act of terrorists as an act of war and handle it as such with all sincerity, fairness, firmness and without discrimination , there can never be peace, tranquility , stability and economic development in Nigeria .

Let me conclude by putting it to the president of Nigeria that any Nigerian citizen who prefers foreigners to his compatriots is not only unpatriotic but also treacherous.