Ataga: Police tore my statements, forced me to sign theirs -Chidinma 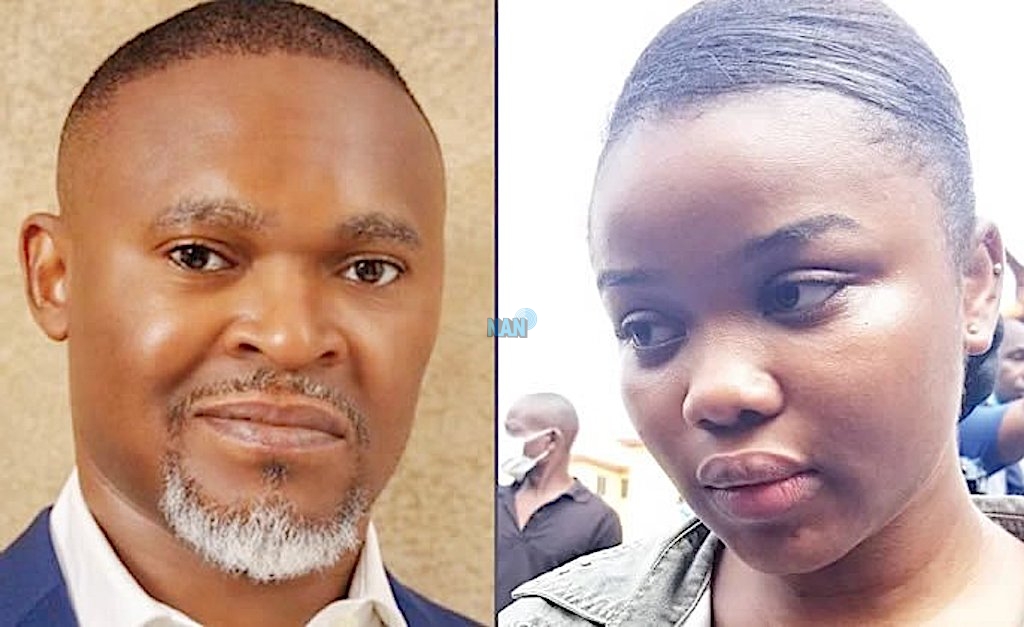 Chidinma Ojukwu, the alleged murder suspect of Super TV Chief Executive Officer, Usifo Ataga, on Thursday told a Lagos High Court sitting at the Tafawa Balewa Square that the statement she wrote at the police was torn.

Ojukwu said this while giving evidence at the trial within trial to ascertain whether the statement she made was voluntarily made or coaxed.

The former 300-level Mass Communication undergraduate of the University of Lagos is standing trial for the alleged murder of Ataga.

She, alongside one Adedapo Quadri and her sister, Chioma Egbuchu, is also charged with stealing and forgery.

At the resumed trial, Ojukwu said the two statements she wrote were torn and she was forced to sign the one written by ASP Olusegun Bamidele.

She said that she was also forced to sign the one dictated to her by officer Olufunke Madeyinlo.

The defendant who testified as the defence witness one (DW1), told the court that Bamidele asked her to rehearse the statement and narrate it to the Commissioner of Police (CP).

Ojukwu said that before she was taken to the CP’s office at Ikeja, her hands were handcuffed to the chair she sat from June 23 till the next morning on June 24, 2021.

Ojukwu was led in evidence in the trial within trial by her counsel, Mr Onwunka Egwu.

She narrated to the court that on June 23, 2021, she was in her room at their house, at No. 47 Akinwunmi St., Alagomeji Yaba, when her 10-year-old little sister informed her that there were men at the sitting room asking after her.

The witness said that she went to the sitting room and greeted the men, they then asked if she was Chidinma and she answered yes.

According to her, the men asked her the whereabouts of Mr Ataga’s phone and the Range Rover jeep and she she said she did not know.

“My little sister called my father and informed him about the visitors.

“My Dad came out and asked the men who they were, they said they were police from the Panti Police Station.

“They said they came to arrest me and to search the house or I should go in and bring the phone.

“One of the policemen slapped me and my father told him not to slap his daughter in his house,” she said.

However, the Deputy Director of Public Prosecutions,Mrs Adenike Oluwafemi, objected and said she was giving evidence in the case instead of evidence on how her statement was taken.

Justice Yetunde Adesanya, however, asked Ojukwu’s counsel to guide her.

Ojukwu said that when the police arrested her, she asked her father to call their family lawyer, Mr Onwuka Egwu.

She said that she was taken to DCP Razak Oseni’s office, were police officers asked her a lot of questions.

“We went back to my house and back to the DCP’s office.

“At DCP’s office, he asked me questions. I told him that I don’t know anything about the death of Mr Ataga, that was when they made the video that was played in court.

“The DCP said I should make my statement. IPO Bamidele, therefore, took me to the interrogating room with Mr Chris, and gave me a blank statement form and asked me to write what happened.

“I started writing, Bamidele took my left hand and handcuffed it to the chair. I wrote what I narrated at the DCP’s office.

“While I was writing, Bamidele took the statement from me, read it and said it was not what happened.

“I told him, sir, what I am writing is what happened. I also told him that I asked my father to call my lawyer, he said my Dad cannot make a call that he was in custody with them. I then started writing the statement.

“Jemiyo and Chris were sitting behind me, the only person facing me was Bamidele. He said “you are going to write the truth”.

“He tore all the statements I had written and presented another blank statement form. I told him sir, I was writing the truth, you tore it.

“He said if I do not comply my family, my Dad, 10-year-old sister and  my relatives will be charged with this murder case,” she said

The defendant narrated how officer Bamidele, brought out his phone, played the video of the scene at the apartment and showed pictures of Mr Ataga’s body

Ojukwu said that the officer then asked her to write, while she was writing, the officer slapped her and said she was slow.

She said that when the statement was read to her, she told the officer that it was not what happened but the officer said, “this is what you are going to say or else your family will be charged

“He read the statement to me again and told me to rehearse it, that tomorrow (June 24, 2021), I will take it to the CP’s office and say that’s what happened

“He left me there, it was around midnight”

During cross examination by the prosecution, Oluwafemi affirmed that Ojukwu signed the statements

She said,”I did not report to anybody because there was nobody to report to”

Justice Adesanya, consequently, adjourned the case until Jan.11, 2023, for the adoption of final written addresses in the trial within trial.