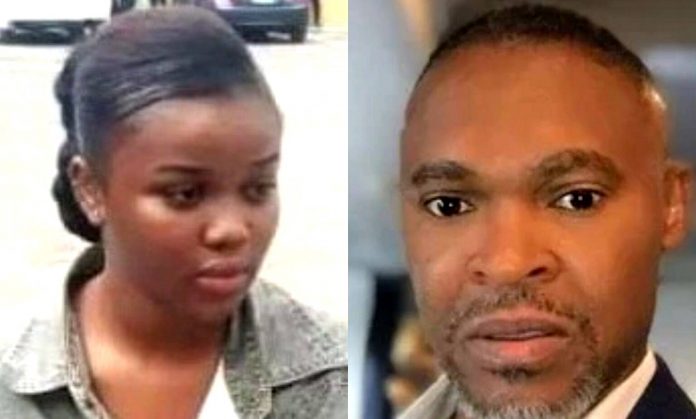 The trial of an undergraduate, Chidinma Ojukwu, for murder of the Chief Executive Officer of Super TV, Mr Usifo Ataga, was on Tuesday stalled due to absence of a prosecution witness.

Ojukwu is standing trial before a Lagos High Court sitting at the Tafawa Balewa Square.

She is also charged with stealing and forgery alongside her sister, Chioma Egbuchu, and one Adedapo Quadri.

On Monday, Lagos State Deputy Director of Public Prosecutions (DDPP), Mrs A. O. Oluwafemi, told the court that the case was for continuation of trial.

She, however, said that the ninth prosecution witness, DSP Olusegun Bamidele, who had not finished his evidence, was absent in court.

According to the DDPP, the witness sent a text message informing her that he was drenched by rain and unable to get transportation to the court.

She apologised for the witness’s absence.

Counsel to the defendants, Mr Onwuka Egwu, Mr Babatunde Busari and Miss M. A. Abia-Bassey, said that the prosecution counsel had earlier informed them of the development.

They did not object to adjournment of the case.

At the last proceedings, on Oct. 18, a recorded video footage of a confessional statement of Ojukwu was played in court.

In the video, Ojukwu, the first defendant in the case, denied killing Ataga.

Ojukwu said that she did not know who killed Ataga.

She said that she went out, came back and saw Ataga on the floor of an apartment in which she stayed with Ataga, and then quickly picked her things and left.

Ojukwu said in the video that she left because she was scared.

However, on Oct. 11, when the video recording was first played, it showed lifeless body of Ataga and showed Ojukwu admitting killing him.

Ojukwu, an undergraduate of the University of Lagos, was arraigned alongside Quadri and Egbuchu on Oct.12, 2021, on a nine-count charge.

Ojukwu and Quadri are facing the first to eight counts bordering on conspiracy, murder, stabbing, forgery, making of bank statements and stealing.

The third defendant, Egbuchu, is facing the ninth count of receiving a stolen iPhone 7 belonging to Ataga.

Ojukwu and Quadri are alleged to have conspired and murdered Ataga on June 15, 2021, by stabbing him several times with a knife on the neck and chest.