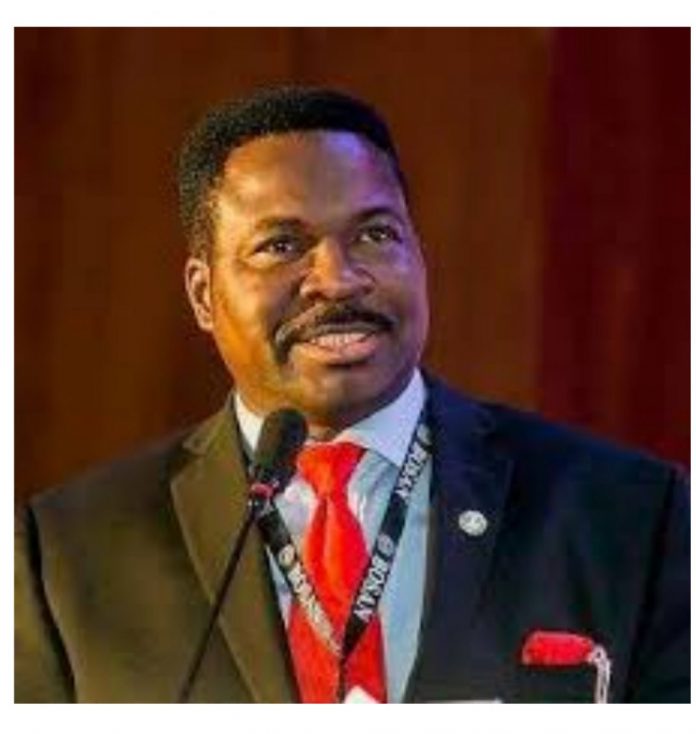 When Vladmir Lenin first employed the phrase “Commanding Heights”, it was to describe the control of perceived key segments of a national economy as further espoused by Daniel Yergin and Joseph Stanislaw when they first published their book, “The Commanding Heights: The Battle Between Government and the Marketplace That Is Remaking the Modern World” in 1998. However, today I am employing the phrase in its metaphoric signification to access and situate the life, works, struggles and agitation of the Iviukwe-born Chief Mike AgbedorAbu Ozekhome SAN who was just conferred with the national honour of the Commander of the Order of the Niger. The phrase is quite suitable especially in view of the original ideological history of Chief Ozekhome as a Leninist who has also struggled to rescue the commanding heights of the Nigerian economy from the forces that have held it back. Yes, on the 15th of October, 2022, Chief Mike Ozekhome SAN will be Sixty-Five years of age; hale and hearty 65!

I first began to read and hear about Chief Mike Ozekhome about the year 1997 when I worked under my first employer and political tutor, Mr. Akin Ayebiwo, a school principal who in those days made it a point of duty to buy dailies daily. He would read them, give them to me and we would discuss the top political stories even late into the night whenever he was free. It was a time the struggle to unseat the military leaders and confine them to the barracks was climaxing under General Sani Abacha. I found the various protests; civil disobedience and litigations challenging the status quo intriguing. I also found a set of Nigerians featuring consistently in the fight very inspiring. I always looked forward to a day I would join them at the barricades on the street of Lagos. Chief Gani Fawehinmi SAN, Olisa Agbakoba SAN (CLO), Chief Mike Ozekhome SAN, Mr. Femi Falana SAN (CDHR), Beko Ransome-Kuti  (CDHR) and few others were always at the forefront. Back in Okitipupa, my boss would tell me of their glowing days at the University of Ife and how Ife shaped the life of most of the names in the forefront of the struggle and why the military must go. I took interest in all of them and their struggles to the extent that when in 1998 I took the JAMB form, I had no hesitation in filing ObafemiAwolowo University as my University of first and second choice. I also chose law as my first and second choice. For me, only a knowledge of law could empower me like these worthy and strong Nigerians and only the Obafemi Awolowo University could offer me the right spirit; and fire the ember of struggle in me. I had no second choice, my mind was made up. I got what I wanted.

I passed that University Matriculation Examination; I got admission into OAU on merit. The week of my resumption, I joined the CLO and the CDHR which I also later coordinated briefly on campus and remained a member till I graduated. When we were in the third year, I had the privilege of meeting Chief Mike Ozekhome in his chambers on Ogunlana Drive in Surulere, Lagos alongside few other law students. I got more interested in him because he was as brilliant as he was exciting and never letting any opportunity to be humorous and throw banters slip away.

Chief Ozekhome is a repository of history, philosophy, politics, literature, economics and very sound knowledge of the law. His knowledge is not accidental. He was first admitted into the Department of English Language of the Faculty of Arts, University of Ife in 1977. He sought to cross to the Faculty of Law but was not allowed unless he could muster a benchmark performance, Ozekhome had an easy cross as he topped his class in the English Language Department. He graduated among the best at the faculty of law in 1980. He returned to obtain a Master’s degree of that university in 1983. As of today, Chief holds a Doctor of Law degree of the Alliance International University, Lusaka, Zambia with specialty in Constitutional Law.On the 20th of October, 2022, he will deliver the 10thConvocation Lecture of the Afe Babalola University, Ado-Ekiti (ABUAD) and the following day, he will be conferred with the Doctor of Laws degree (HonorisCausa). That will be the twelfth of such honourarydoctorates he has received from different institutions which include International Biographical Centre, (IBC), Cambridge, England, American Heritage University, San Bernardino, California, USA, Edo State University, Uzairue, Edo State among others. He has received well over four hundred honours and awards locally and internationally including the UN Ambassador (Eminent Peace), honourary citizen and recipient of the keys to the cities of Atlanta Georgia, USA (2002) and Dallas, Texas, USA (2002).

Trained by the inimitable Chief Gani Fawehinmi SAN, SAM, GCON, Chief Ozekhome is a workaholic, a walking law library, an orator and a very creative law practitioner. In 2010, he was, alongside eighteen others, conferred with the prestigious rank of a Senior Advocate of Nigeria (SAN). Chief is driven, in his practice of law, by a need to subject everyone to the rule of law and afford everyone fair hearing whether high or low and this reflects in his cases and the varied statuses of his clients. To the poor, he appears as a poor, to the rich he appears rich and to those in captivity, he wears his shackles as bands. Although Chief Ozekhome can no longer, in my humble view, bestrictly described as a Leninist or leftist as his ideology is more or less that of a very radical centrist, he is however a very passionate human rights activist who believes in equality and social justice and does everything within his capacity to engender a just society.

As a lawyer, I have had the privilege of closely working with Chief Mike Ozekhome SAN in not less than ten cases at the Federal High Court and at the Appellate Courts. I first worked directly with him in FRN V. Dudafa & others where we acted for different co-defendants together with the equally experienced Gboyega Oyewole SAN, a former Attorney-General of Ekiti State. We all also worked together in a number of cases including the case of Patience Jonathan v. EFCC where we also acted for different parties but as a team. Chief Ifedayo Adedipe SAN would also bring his leadership to bear in those cases just as our beloved but now deceased Glanville Abibo SAN brought knowledge, glamour and candour. Chief Ozekhomebrought knowledge, strength and audacity to the team.

Chief Mike Ozekhome has through various cases and court verdicts written his name in gold. The law reports are awash of his Midas touch on law and legal works.He seems to be a reincarnate of King Midas in Greek mythology, his latest breakthrough being the victory recorded in the Nnamdi Kanu’s case at the Court of Appeal. Chief dazzles and dazes his opponents with law and some courtroom theatrics. You need to see him at some of his finest moments when he addresses the court. Telling can never equal seeing. Hey!  He has a memory as green as spirogyra! It is a unique gift from God deliberately watered by Chief himself through avid reading and prolific writing.

In recognition of his works as an activist, he was in 2014 conferred with a national honour; Officer of the Federal Republic (OFR) by the President of the Federal Republic of Nigeria. On 12th October, 2022, President Muhammadu Buhari who he has always publiclycriticized awarded him a higher national honour than he previously had. He was awarded the Commander of the Order of the Niger (CON) as if the president just admitted that Ozekhome has always been right in his critique of his regime.

Chief Mike Ozekhome SAN remains in the vanguard of the struggle to free the Nigerian people from the shackles of oppression, poverty and economic suffocation and to hand over the commanding heights of the economy to the Nigerian people; the wretched of the earth. In doing this, he employs very strategic and dialectical approach to solve both legal and political problems. Just a few days ago, Chief Ozekhomefollowed the ideological prescription of Paulo Freire inrecommending the dialogue option to President Muhamadu Buhari to resolve the IPOB’s Biafra secessionist impasse. Whilst that letter was pending on the President’s table and he had not taken action, the Court of Appeal discharged Nnamdi Kanu and struck out the charges against him. Freire had written in his Pedagogy of the Oppressed that “Leaders, who do not act dialogically but insist on imposing their decisions, do not organize the people – they manipulate them. They do not liberate, nor are they liberated. They oppress”. General Muhammadu Buhari may be adamant but he surely has learnt his lessons.

At 65, Chief Ozehome SAN still fires on all cylinders, he soars like an eagle! He has done well in the classroom, in the courtroom and in the “other room”. Although he has every right to borrow the immortal words of the Bard of Avon, William Shakespeare through the character of Gratiano in his 1597 dramatic work, Merchant of Venice to gladly say “with mirth andlaughter let old wrinkles come”, the Akpakpavighivighiof Edoland has rather chosen to typify the words of American writer Mark Twain that “age is an issue of mind over matter. If you don’t mind, it doesn’t matter.” Little wonder no wrinkle has come at 65, it is youthfulness all round as the Commander still has many rivers to cross and so many fleets to command. At the commanding heights, Chief Mike Ozekhomestill soars! Bravo!

Ige Asemudara Esq., a lawyer is the Convener, Mission Against Injustice in Nigeria (MAIN).