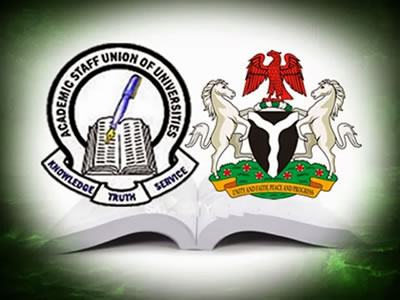 The National Executive Council of the striking Academic Staff Union of Universities is scheduled to hold its meeting in the first week of August, 2022.

Our correspondent learnt that a decision on whether to suspend or continue with the strike which enters its 155th day on Tuesday (today), will be taken at the meeting.

It was reported that ASUU on Monday, February 14, 2022 embarked on the industrial action over what the union described as the failure of the government to address some of its demands.

The chairman of ASUU, Federal University of Technology, Minna chapter, Dr. Gbolahan Bolarin, confirmed the planned meeting to our correspondent on Monday.

ASUU had cautioned the government against the proliferation of tertiary institutions and the failure to approve the deployment of the Universities Transparency Accountability System.

The Minister of Labour and Employment, Chris Ngige, recently accused the union of engaging in a lopsided agreement with the Federal Government through the Prof Nimi Briggs committee.

Ahead of the NEC meeting however, Bolarin ruled out the possibility of suspending the strike.

According to him, the government has not brought anything to the table that can lead to such decision.

“We are not even at a point to vote on continuation or not because there is nothing from the Federal Government yet.

The NEC will be holding its meeting early next month (August). That should be August 1. The meeting might even be on July 30,” he said.

Meanwhile, the National Universities Commission on Monday called on Vice Chancellors to support ongoing efforts by the Minister of Education, Adamu Adamu; the Federal Ministry of Education and other stakeholders to put an end to ongoing strike in the country’s public universities.

The commission’s Executive Secretary, Prof. Abubakar Rasheed, made the call in Abuja during the opening of the 2022 NUC management retreat with vice chancellors of Nigerian universities.

Rasheed said, “Our universities have been confronted with uncertainties due to the unfortunate strike.

“ASUU strike is in the sixth month and, as vice-chancellors, we know the negative consequences of the prolong closure of universities. We know what it means in-terms of its effect on the economy of a nation.

“As vice chancellors, we know what it means in terms of our institutional reputation and the future of our youths.

“University education is fundamental to success and a nation’s economy. Nations explore teaching, research and community development for aspiration of goals.”

Immediately after the opening of the retreat, some of the vice chancellors accompanied Rasheed to a stakeholders’ meeting on the ASUU strike.

When asked if the union would discuss the ongoing strike, the ASUU chairperson said, “That is about the only issue”.

The spokesperson of the Ministry of Education, Ben Goong, had yet to reply to inquiries by our correspondent on developments concerning the strike as of the time of filing this report.