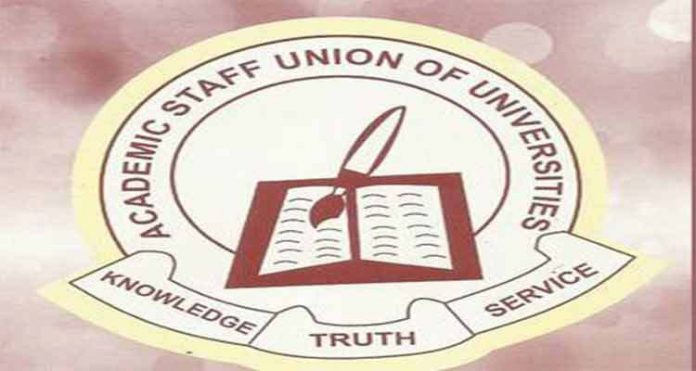 The Academic Staff Union of Universities (ASUU) has given security operatives 48 hours to rescue six persons abducted on Tuesday by gunmen at the University of Abuja Staff Quarters.

Chairperson of the University of Abuja ASUU Chapter, Dr Kasim Umar, said lecturers have stopped going to classrooms because of the incident which has traumatised them.

“We want these our members back within 48hrs. We can no longer go to class because we are traumatised. The security agencies have to wake up and rescue our members,” he said during a briefing at the mini campus of the university located in Gwagwalada on Thursday. Gunmen abducted six persons, including two Professors, a Deputy Registrar and three family members during an early hour raid at the University’s staff quarters on Tuesday.

Umar lamented that the internal security in the university is overwhelmed, saying that there have been “a lot kidnapping.” He noted that until recently when fencing was embarked upon along the Highway into the City Centre, there was no perimeter fencing from behind or sides of the University’s vast land.“Thus, the students’ hostels are highly unsecured and the entire campus is vulnerable to all manners of attacks.

“For this reason, trespassers and unauthorised individuals have occupied some parts of the University land thereby increasing the state of insecurity on the campus. “The lives of our members, students and other staff of the University are seriously endangered by the parlous state of security in the campuses and residential quarters of the University,” he said.He expressed worry over the degenerating state of security across the country.Umar said ASUU, as a responsible union, cannot sit down and fold its arms while things degenerate into unimaginable circumstances.

The ASUU chair added that unless urgent measures are put in place, things may become worse.He called for the immediate rescue and release of all our kidnapped members, children and other staff.“Perimeter fencing around the Staff Quarters should be immediately embarked upon for effective control of movement around the university’s quarters.“There should be an active cooperation between the military, other security agencies and the university administration.

To make this effective, ASUU demands for the establishment of a rapid response unit, in the form of a joint task force or police mobile unit or military special force, which could be called upon, in case of any emergency.“Immediate ejection of all illegal occupants and trespassers from the university land.“Embark on the immediate construction of residential quarters that befit the status of a university in the Federal Capital territory.“We are in a trying time, badly traumatised and highly agitated, but coordinated. The above recommendations represent our Union’s minimum demands, which should be implemented immediately,” he added.