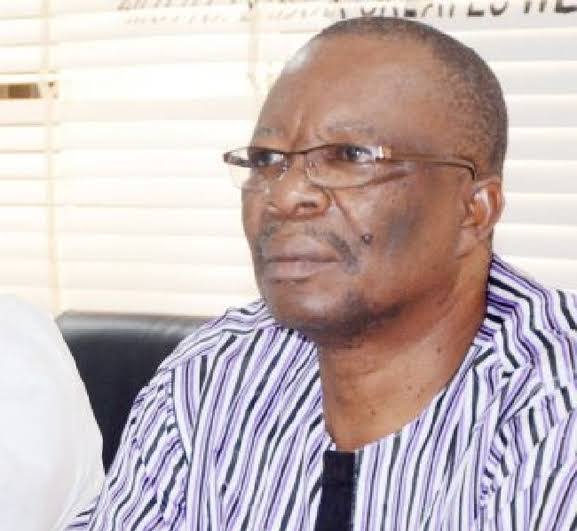 The Academic Staff Union of Universities has cautioned the Federal Government against non-payment of the N30bn revitalisation fund it promised universities.

The  President of ASUU, Prof Emmanuel Oshodeke, who stated this in an interview on Sunday, said government was in the habit of not fulfilling its promises. He said he hoped government would release the fund on or before the end of the month as it agreed with the union.

Oshodeke further said that the National Executive Committee of the union would meet early next month to assess the extent government had met its demands. Although ASUU president did not say whether the union would embark on strike or not if its demands were not met, it was learnt that the NEC meeting would discuss all options. The Minister of Labour and Employment, Dr Chris Ngige, had on August 2  said the government had paid the N30bn as the university revitalisation fund as contained in the Memorandum of agreement it signed with ASUU in January 21 when the union suspended its nine-month strike.

He, however, said the money was lodged with the Central Bank of Nigeria, pending the conclusion of the audit report of the implementation committee on the use of previous funds disbursed to universities by the ministry of education and the National Universities Commission. On October 15, Ngige again assured ASUU that government would soon commence the disbursement of the N30bn  to public universities.

ASUU had in March 2020 embarked on a strike action following its disagreement with the Federal Government on the funding of the universities, the Integrated Payroll and Personnel information system,   earned academic allowances, promotion arrears and renegotiation of 2009 ASUU-FGN Agreement. The Federal Government made IPPIS compulsory for its employees as part of measures to address the issue of ghost workers and other forms of corruption in the civil service.

But ASUU, which kicked against the payment mode on the grounds that it violated university autonomy, came up with the University Transparency Accountability Solution. Oshodeke, in the interview, said lecturers’ struggle for their entitlements from the Federal Government was not yet over.

When asked if peace had returned to campuses, he said “There is no peace because government is not doing what they are supposed to do. When we reach an agreement, they are supposed to get it implemented, but they don’t. They promised end of October, so we are waiting till month’s end. ”Oshodeke maintained that the government was used to signing agreements and not implementing them.

He stated, “On Monday, we will clarify about the N30bn payment, but the process has been completed for those universities that are qualified. We gave them till end of the month; so they still have a whole week, by tomorrow, I’ll make inquiries. “Our National Executive Council’s meeting holds early next month.  I’m an optimist that they will release the money.”

ASUU president disclosed at the last meeting the union held with government, the National Information Technology Development Agency said it had tested UTAS, which the lecturers developed as a substitute for the IPPIS in universities. He stated, “At the last meeting, the NITDA  said they had finished the process and would submit a report before end of this month and they also indicated that the end-user test they conducted was good, so we are waiting for them till end of this month.  We expect some of those things to start happening now before the end of the month.”

“A number of us are still not getting our salaries. We hope that by the time they pay this month’s salaries, these will be sorted as they promised “They will always give us good reasons to believe them, but when it’s time to implement, you have little or nothing to show. We hope that this time, they will change. We always keep our side of the agreement.  We hope that they ensure they implement everything.”

NUC signed an undertaking  for payment with ASUU – Ngige

When asked whether there were delays on the payment of the fund, Ngige told one of our correspondents that he was not aware of any complaints.

He said, “I am not aware of any delay and I have not received any complaint from anybody.You can however contact the NUC. They signed an undertaking with ASUU to settle them before the rest of the month.”All attempts to reach the Executive Secretary of the NUC, Abubakar Rasheed, proved abortive as all calls and messages to his known telephone line were not answered till the time of filing this report.