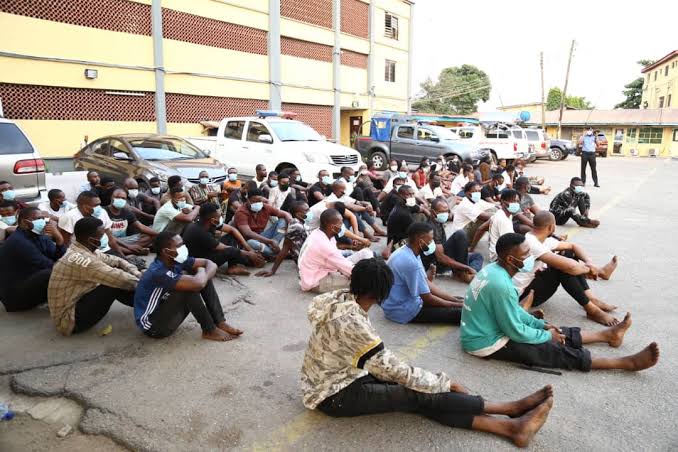 Arrest, Detention and Prosecution of Covid-19 Violators and the Centralisation of Mobile Courts: Vice Chairman of NBA Ikorodu Branch Calls for Justice

The Vice Chairman of NBA Ikorodu Branch who is also the Chair of the Human Rights Committee of NBA Ikorodu Branch, Mrs Toun Adekoya Esq. has added her voice for calls to decentralize the Lagos State Judiciary Mobile Courts and for the proper treatment of suspects in Police Custody.

Mrs Adekoya says:
“Lawyers in Ikorodu are not happy that covid 19 Violators and other suspects are arrested in Ikorodu and are taken to Panti or Alausa to be detained and arraigned in the special offences Court at Oshodi”

She continued:
“Why should suspects be treated with so much disdain? We have courts in Ikorodu that can hear these cases and we have probono lawyers that can provide a good defence for these suspects.

If the history of the Police is anything to go by, we should be careful with trusting the police when it comes to enforcement of covid 19 laws.”

She further states that “Our Branch Police Duty Solicitors are not allowed to do their jobs at the police stations because the police claim they have no detainees in their custody or that the suspects are to be transported to Panti or the Taskforce office for processing. Has the provisions of the constitution been set aside because of Covid? Do people not have their basic rights anymore? Why should someone suspected of violating covid protocols be incarcerated in an overcrowded police cell for days and then go before a court only to be told to pay a fine or worse still be sent to an already overcrowded correctional facility? Why can’t every jurisdiction in Lagos have a special offences (mobile) Court?

She went further to say that: “we have 2 courtrooms in Ikorodu currently not in use by the judiciary because of the federal government stay at home directives for civil servants. Why can’t one of those courts be used? Why arrest people in Ikorodu, squash them up in a car and drive 3 hours to another police detention facility?”

The Vice Chairman called on the Chief Judge of Lagos State and the AG to work out modalities with the co-oporation of all the Bar Associations in Lagos to ensure that Lagos State citizens are fairly treated under the Law, afterall, what justifies the existence of the Judiciary as the hope of the common man when people’s Rights are being trampled upon before our very own eyes.