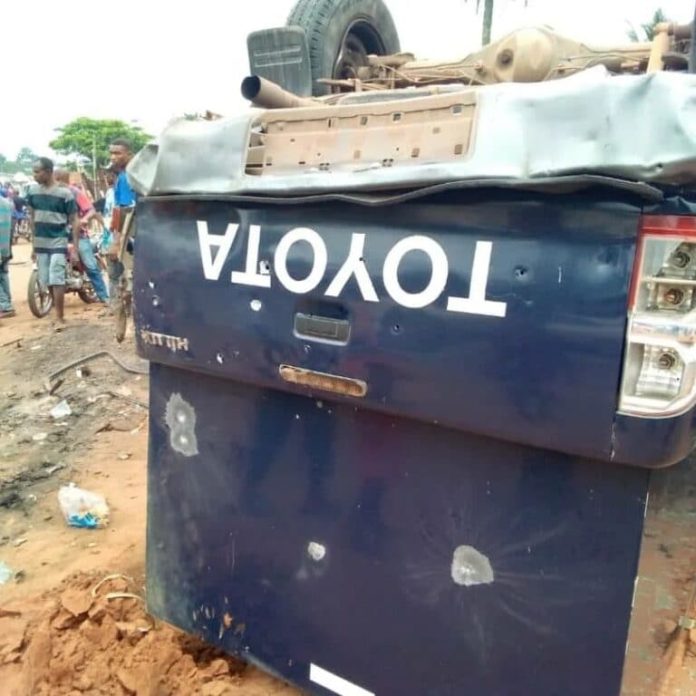 A community source, Mr Kennedy Onwunali said the incident occurred around the popular General Hospital, Ogbor-Nguru around 1:30pm on Thursday.

Narrating the incident, he said the robbers allegedly fired several shots at the van from Ahiara junction all in a bid to intercept the vehicle but the vehicle finally somersaulted at General Hospital, Ogbor-Nguru.

He said the brave driver of a new generation bank escaped death with a bank official and a police escort when the van somersaulted a bit far from the assailants.

He explained that the robbers were not able to loot the van because It was not carrying money.

It was further gathered that the Police Area Command in Mbaise later launched a manhunt for the fleeing robbers, with the assurance that they would be arrested.

The state Police Public Relations Officer (PPRO), Michael Abattam who confirmed the incident said the sketchy information at his disposal indicates the bullion van was returning after delivering money and was attacked by hoodlums.

He said the driver on noticing it tried to escape unfortunately, his vehicle capsized. No money was carted away, please. Details will follows soon please.