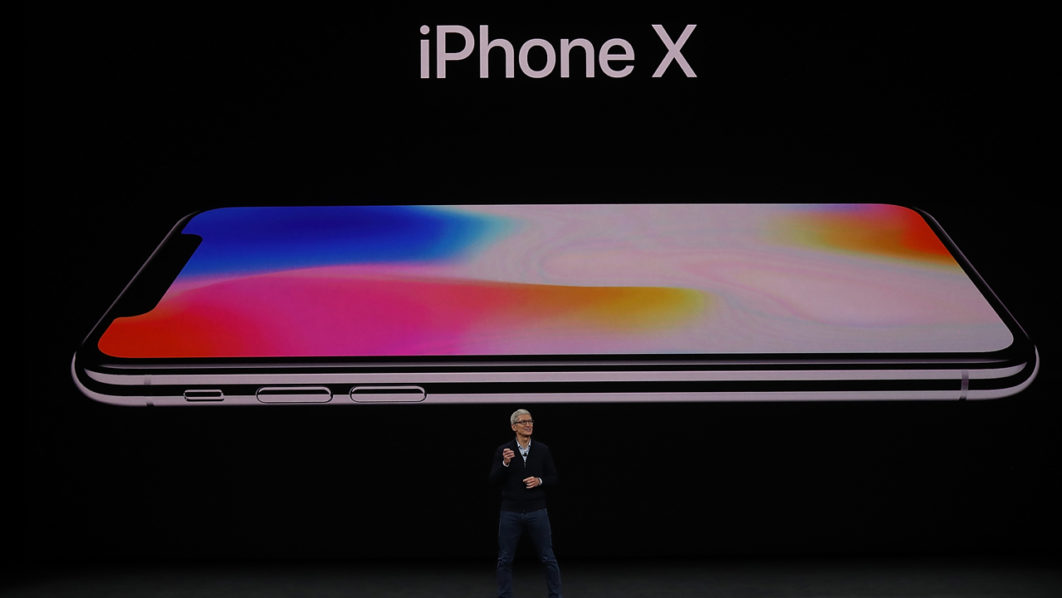 Cook, speaking at the first event at the new campus theater named for the late Apple co-founder Steve Jobs, said the latest flagship handset is a milestone for the company a decade after the first iPhone release.

“Ten years later it is only fitting that we are here in this place, on this day to reveal a product that will set the path for technology for the next decade,” Cook said, calling the iPhone X “the biggest leap forward since the original iPhone.”

The iPhone X has an edge-to-edge screen and uses facial recognition to unlock the device, and improved “super retina” display with improved graphics and resolution.

Apple senior vice president Phil Schiller said the glass-body iPhone 8 and 8 Plus handsets were the first smartphones “really created for augmented reality,” with improved power and graphics over their predecessors.

All You Need To Know about iPhone X

Apple, in celebration of its tenth anniversary, have announced the iPhone X (pronounced iPhone ten), and we have rounded up everything you need to know about it so far and will update it as soon as we hear more.

iPhone X pre-orders will begin on October 27, and shipping will begin on November 3, 2017. This is unlike the iPhone 8 and iPhone 8 Plus, which starts shipping on September 22.

The iPhone X, which will be available in 64GB and 256GB configurations, will start at $999 (£775)for the 64GB phones and $1,099 (£850) and $1,119 (£930) for the 256GB and 512GB phones respectively, making this Apple’s most expensive to date and the first to pass the $1,000 mark. The iPhone will also be made available on the iPhone Upgrade Programme with monthly payments starting at £56.45. pre-registrations have opened up in some companies who have stated that they will be selling the new phones, so you can check those out if you are interested.

The iPhone X features a full screen display, for the first time in Apple’s history. The phone has a reinforced glass design with a display of 5.8-inch ‘Super-Retina’ 2436×1125 resolution, making it the highest resolution iPhone to date. It also features Apple’s True Tone display tech and, supports both HDR10 and Dolby Vision content. The all glass screen may make you put it in a case to prevent it from shattering, but Apple claims this is the most durable glass to feature on a smartphone yet.

Firstly, there is no physical home button. Apple has, however, introduced a new swiping up gesture to go ‘home’ on the iPhone, which is also used for multitasking. The lock button on the side of the handset can now be used to fire up Siri. Also, Goodbye touch recognition and hello Face ID. This is enabled by a bunch of sensors on the front of the phone, a 7MP ‘TrueDepth’ camera, and the A11 chip’s built-in neural engine. Apple claims that it’ll work even in dark conditions and if you change your appearance.

The iPhone X will be available in Space Grey and Silver.