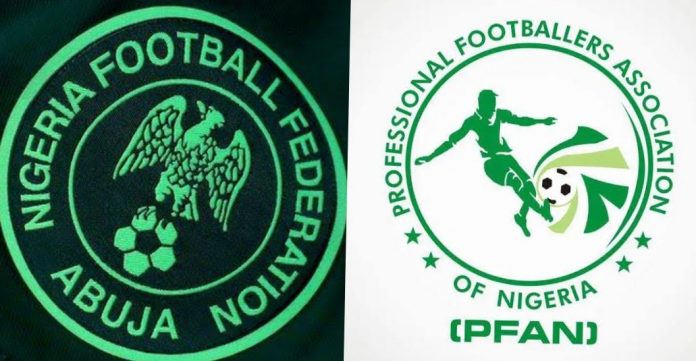 The FCT Division of the Appeal Court has fixed Monday for a ruling in a suit filed in the Abuja Division of the Federal High Court by the Professional Footballers Association of Nigeria (PFAN).

The Court of Appeal had on September 29 vacated the order of interim injunction that barred the Nigeria Football Federation (NFF) from going ahead with its elective congress fixed for September 30 in Benin.

The plaintiff had, among other things, prayed the court to direct the NFF and sports ministry to halt further action on the elective congress of Nigeria’s football body, pending the determination of its case before the court.

PFAN had gone to court to ask for an amendment of the 2010 NFF Statutes, which led to Justice Inyang Ekwo of the Abuja Division of the Federal High Court on September 15, stopping the NFF elections slated for Benin.

Mr Ekwo, ruling on an ex-parte motion, ordered the minister of Youth and Sports Development and the NFF president, or any person acting on their instruction, to maintain the status quo.

The players’ union was advocating equal representation for all the five statutory bodies that make up the NFF as it relates to voting rights and representation on the NFF board.

Meanwhile, dissatisfied with the order, the NFF approached the appellate court with an application to set the order aside.

While granting NFF’s application on September 29, the court held that the lower court erred in law, which occasioned a miscarriage of justice when the judge held parties were hereby ordered to maintain the status quo pending the final order of the court.

The appellate court held that the lower court lacked the jurisdiction to grant an order not prayed for.

It also noted that the learned trial lower court erred in law for making the ex parte order.

It further held that the case reverts to October 31 for a hearing, saying ex-parte order by the provision of the Federal High Court Rules and the settled state of the law shall not last for more than 14 days.

The NFF would later go ahead to hold its elective congress on September 30 in Benin, which produced Ibrahim Gusau as the new president of the federation.

Harrison Jalla, the PFAN task force chairman, disclosed that the body was staying put in the trenches awaiting the court’s ruling as all parties had formally joined issues.

“The fight to bring equity, fair and equal representation to the NFF, its Congress, Executive Board and Sub-Committees continues. The Appeal Court of the FCT Division has fixed November 21 for ruling as parties have formally joined issues,” Mr Jalla explained. “The PFAN task force is prepared to head to the Supreme court if not satisfied with the final ruling of the court.”

On the issue of an Alternative Dispute Resolution (ADR) process initiated by the Appellants, which first sat on October 5 at Reno Hotels Abuja, Jalla said that no progress had been made so far.