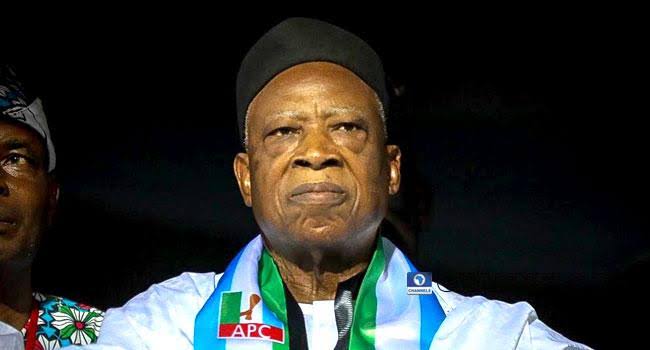 Labaran Magaji, an aspirant at the All Progressives Congress (APC) primary election for Nasarawa West Senatorial District, has dragged the party to the Lafia Division of the Federal High Court.

He is aggrieved at the alleged refusal by the party to conduct a fresh primary election as ordered by the court.

The court in Lafia had nullified the APC’s primary election for the senatorial district on November 2 and ordered the conduct of a fresh election within 14 days from the day of the judgment.

Mr Magaji had taken the APC and Shehu Tukur, the acclaimed winner of the election, to court, alleging irregularities at the exercise.

Addressing the court on Wednesday, Ghali Ahmed, counsel to Mr Magaji, asked it to enforce its judgement of November 2.

He said the party had refused to conduct a fresh election as directed by the court, leaving the plaintiff with no choice but to return to court for an enforcement order.

“When the 14 days ultimatum to conduct a fresh election expired, we filled Form 49 in accordance with the Electoral Law for the APC’s National Chairman and Secretary to explain why they should not be jailed for violating the court’s order.”

Also addressing the court, Muhazu Maifata, counsel to the national chairman of the APC, said the party had appealed against the November 2 judgement of the Federal High Court.

He argued that the party filed a preliminary objection that the Federal High Court did not have jurisdiction to hear the matter on its judgement and that the court was served with the notice of appeal.

He said the appeal number had been given, and the Federal High Court itself had already transferred records of the case to the Court of Appeal in Makurdi.

Having listened to the counsel, Justice Nehezina Afolabi adjourned the case to December 6 for hearing and ruling on the objections raised by the defendant.