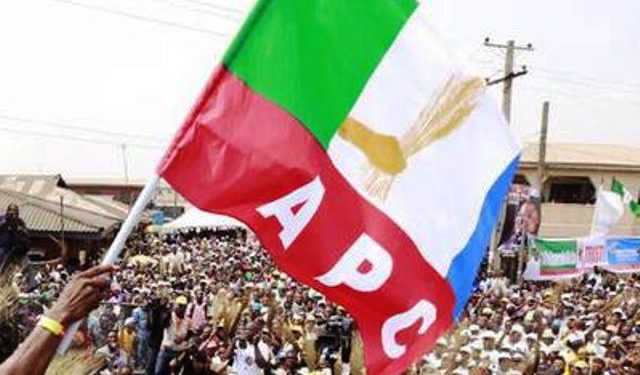 The All Progressives Congress (APC) has disputed the allegations of perjury raised against the party’s chairman in Akwa Ibom, Stephen Ntukepo.

The party faulted the allegations made by the Resident Electoral Commissioner Mike Igini, that the chairman (Ntukepo) forged party’s congress documents, stressing that the claim was to satisfy the interest of the former National Caretaker Committee, Senator John James Akpanudoedehe.

The party which made the rebuttal in its letter to the Inspector General of Police on the July 25, 2022 and signed by the National Secretary, Senator Iyiola Omisore, stated that perjury and forgery as insinuated were never established by Igini and Akpanudoedehe, who has since defected from the APC to contest for governor on the platform of the New Nigerian Peoples Party (NNPP).

The letter reads in full: ”Our attention has been drawn to news reports on the attempt by the Nigerian Police to arrest and arraign the state chairman of APC in Akwa Ibom State, Stephen Leo Ntukekpo, on a purported charge of forgery in respect of our party’s state congress held on October 16, 2021.

“Further information has it that the said contemplated charge is predicated on the complaint by one Sheriff Banki, who served as the Adhoc Committee Chairman of the APC State Congress Committee and alleged that his signature on the final sheet was forged.

“As the party that authorised and conducted the state congress, we wish to state that the said Sheriff did not act alone in the said Congress Panel, but acted in concert with five other persons inclusive of the Secretary, Sule Yakubu.

“We have verified Mr. Banki’s allegation vis a vis the contention of the other members of the committee, including the documents submitted, and we have no doubt whatsoever that no signature was forged or document altered.

“We have in our custody thirty-six congress result sheets clearly signed by the said Sheriff Banki as chairman and Sule Yakubu as secretary, which result sheets were duly authenticated by other members of the Congress Committee and therefore, have no doubt as to their veracity as it relates to the true and final outcome of the state congress as submitted to the National Secretariat of our party, APC.

“We consider any claims to forgery as an afterthought and intended to serve the interest of our erstwhile Secretary of the Extraordinary Convention Planning Committee of the party, Senator John James Akpanudoedehe, who has since left our party to become the guber candidate of NNPP for the 2023 governorship race in Akwa Ibom State.

“For the avoidance of doubt, it may be necessary that you direct the 36 result sheets, which are hereby attached with the relevant signatures therein, for further forensic analysis towards authenticating the signatures thereon. In that respect, we sincerely believe that the NPF Forensic Lab, Alagbon Close, Lagos would be helpful.

“Permit us to bring to your notice that the Secretary of that Congress Committee for Akwa Ibom State, Sule Yakubu, had long dissociated himself from any allegation of alteration on the sheets and sworn to an affidavit to that effect on the issue of Stephen Ntukekpo’s alleged signature forgery.

“Finally, we state that the congress in issue was authorised and conducted the National Secretariat of the APC and the results arising therefrom after due processes in line with the provision our guidelines were submitted to the Independent National Electoral Commission (INEC) as the authentic result of the Akwa Ibom State Congress.

“We stand firmly by that result, including the score sheets per position as submitted.”