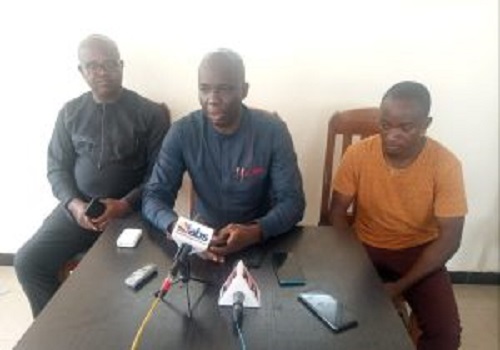 The All Progressives Congress (APC) in Orumbra North Local Government Area of Anambra has berated the state party chairman, Chief Basil Ejidike, over his call for the cancellation of the yet-to-be-concluded governorship election.

Secretary of the party in the Council Area, Mr Chukwuemeka Nnebe, who stated this on Monday in a briefing described the call as inconsequential, stressing that Ejidike had no right to challenge outcome of a peaceful and transparent poll.

He alleged that the party’s candidate, Sen. Andy Uba, was not a valid candidate at the election following what he described as electoral fraud that produced him. He said: “Our attention has been drawn to the statement by the Anambra state Chairman of APC, Mr Basil Ejidike where he called for the cancellation of the November 6 governorship election in the state.

“Mr Ejidike subverted democratic process to become Acting State Chairman and has no locus to challenge the outcome of a peaceful and transparent election.“Mr Andy Uba, whose interest he is fostering was not a valid candidate at the election when the process that produced him as a candidate of APC was an electoral fraud and undemocratic.”

Nnebe said the election reflected the wish and mandate of the people, urging the public to discountenance Ejidike’s statements which he termed a case of bad loser.

“Anambra people have spoken loudly by the results already announced by the INEC and the rantings of the opposition cannot change the wishes and aspirations of the people to sustain the socio-economic development of our dear state.

“it has become clear that Anambra electorates have chosen their governor hence the submissions of Basil Ejidike is Inconsequential and does not hold water .

“We congratulate Gov Willie Obiano, the National Leadership of the All Progressives Grand Alliance APGA for the victory in eighteen local government areas,” Nnebe added.