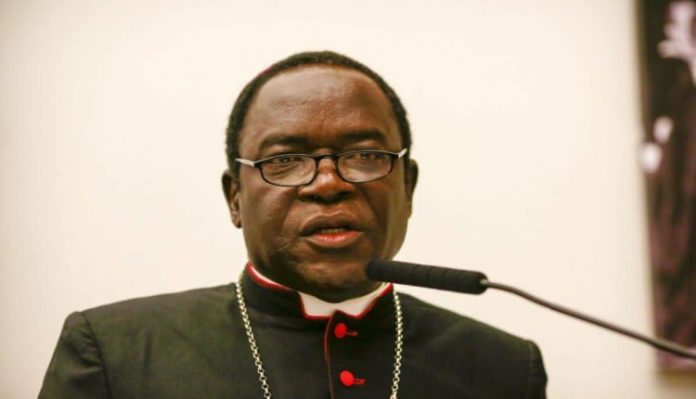 For his continued romance with bandits, the Department of State Services should invite popular Islamic cleric, Ahmad Gumi, for questioning, Christian youths under the aegis of the Christian Association of Nigeria (Youth Wing) said on Sunday.

The organisation was reacting to the reported invitation of the Catholic Archbishop of Sokoto Diocese, Fr. Matthew Hassan Kukah, by the DSS for his comments on the state of the nation in which he pounded the President, Major General Muhammadu Buhari.(retd.)

The President of YOWICAN, Belusochukwu Enwere, said these in a statement issued on Sunday titled, ‘We will mobilise christian youths across the country to answer DSS invitation of Bishop Kukah.’

Enwere said, “The attention of YOWICAN has been drawn to the purported invitation extended to Bishop Hassan Kukah, Bishop of Sokoto Diocese. Bishop Kukah committed no offense; rather, the government should channel her energy in the fight to liberate the country from terrorists and bandits.

“Recently, more than 200 people were killed and villagers displaced in Zamfara State. This is disheartening indeed. We will mobilise all Christian youths across the country to honour this invitation.

“The DSS has extended her invitation to us not Bishop Kukah and we will honour it. The DSS should first invite Ahmad Gumi for questioning for interfacing with bandits.

“Controversial Islamic cleric, Ahmad Gumi, has advised people in the terrorised North West of Nigeria on how they can live in peace with the armed bandits occupying their forests.”

YOWICAN quoted Gumi as saying that people can develop “mutual relationship with the bandits without being harmed”.

According to Enwere, Gumi has been “fraternizing with the bandits and he has been working freely without any invitation from the DSS or police.”

He said, “The DSS has invited Bishop Matthew Kukah for questioning days after the prominent Catholic priest ramped up his criticism of President Muhammadu Buhari for failing to curb nationwide insecurity.

“Bishop Kukah had slammed President Buhari in his Christmas sermon, saying the Nigerian leader has failed to show competence as terrorists, bandits and other violent criminals embark on a coordinated and relentless rampage across the country.”

I’m Only Opposed To Nepotism, Insecurity, Not Buhari —Bishop Kukah