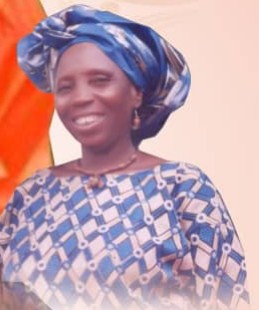 Madam Esther was a super Woman, who believed so much in the girl child education. She believed that once you train a girl child, you have trained a whole community and by extension the Nation. The reason she singlehandedly paid the school fees of her only surviving daughter – Barr. (Mrs.) Helen Nchedo Ibeji, who is the Founder of the International Charitable Initiative for Girl Child and Women Development Foundation (ICI-GWODEF) also known as Girl Child and Woman Foundation. The NGO is in consultative status with United Nations ECOSOC.

Late Madam Esther Nwanyinkwo Amobi almost missed the Western education due to the prevailing financial constraints that compelled her parents to put her Western education on hold. But even at old age and as a married woman, she enrolled into Ekwusigo Local Government Area Adult Education Programme, which started with her only one teacher, late Mrs. Kate Udeaja.

Mama said her aim was to be able to read her Bible. All the Local Government supervisors that visited the programme’s classroom were very impressed with her performance. With the progress she was making, she started going round the village asking other women to join her in the adult education programme.

Some women would tell her they felt ashamed going to school as adults. Mama will reply them that ”the shame should come from not being able to read and write” and not from going to school to learn how to read and write”. Because of her super and intelligent role as a Mother, she was given an Award ”Senior Mother” and was fondly known and called Senior Mother by all and sundry.
She gave instructions which included ”tell the younger generation and those coming after me to get education first before doing whatever they chose to do in life”. The sacrifice she made to train her only surviving daughter made her answer Mama Lawyer amongst other Women!

Barr. (Mrs.) Helen Nchedo Ibeji is a Lagos based practising Lawyer and a Founder of an International NGO. Madam Esther Nwanyinkwo Amobi was a virtuous Woman! She believed in Christ and she gave her life totally to Jesus. She worked diligently and willingly with her hands. She was like a merchant’s ship that sails in far away places and she brings exotic surprises; she brings her food from afar! Strength and honour were her clothing – hence her recognition as a ”Senior Mother”. She was a great philanthropist, which same character is making waves in the life of her surviving daughter Barr. (Mrs.) Helen Nchedo Ibeji as a Founder of international NGO. Mama’s legacy should be emulated by every woman for a nation to survive! She is a role model for today’s woman!

Mama Esther will be laid to rest next Thursday 11th February, 2021.
Mama is survived by three sons and one daughter, and they are: Engr. Edmund Amobi (California, USA), Mr. Ernest Amobi (Lagos based Businessman), Barr. (Mrs.) Helen Nchedo Ibeji (Lagos based Lawyer) and Mr. Chetachukwu Amobi – Asian Tiger (based in Malaysia).
Good night Mama! Good night ancient strong woman! There comes morning when we shall all meet to part no more!