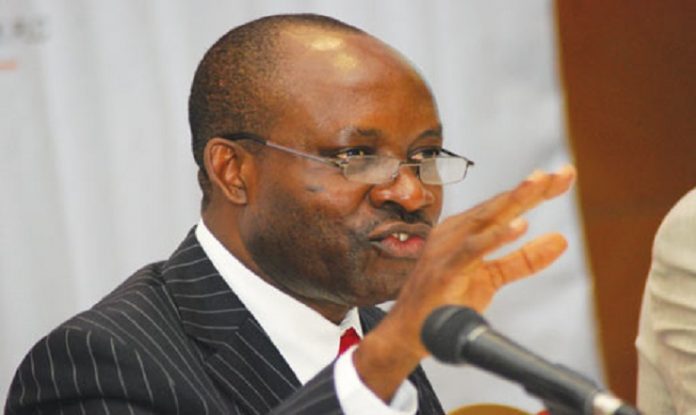 The candidate of the All Progressives Grand Alliance in the Anambra State November poll, Chukwuma Soludo, has mocked his All Progressives Congress counterpart, Senator Andy Uba, over his inability to kick off his governorship election campaign.

Soludo, in a statement by the director of media of his campaign organization,
C- Don Adinuba, said the delay for Uba’s campaign inauguration was because he was afraid of meeting the people of the state to answer questions about his past actions.

Uba had twice rescheduled the inauguration of his campaign, citing the insecurity in the state. On another occasion, he suspended it in honour of Dr Chike Akunyili, husband of former information minister, Prof Dora Akunyili, who was killed alongside eight others at Nkpor, near Onitsha.

But the Soludo Campaign organization had dismissed Uba’s claim for suspending the campaign, saying the suspension had nothing to do with the state of security in the state.

It said Uba rather suspended the campaign because he was frustrated that the President, General Muhammadu Buhari(retd.) had refused to attend the rally, and there were no indication that the Vice President, Prof Yemi Osinbajo would attend either.

Soludo said, “The APC purported candidate has been running away from the good people of Anambra State for weeks because he is afraid of his own shadow in the state.

“Uba is very afraid of Anambra people, the very people he wants to rule by all means.

“In fact, his fear of ndi Anambra borders on phobia because of what he has done to the state since his days in the President Olusegun Obasanjo administration when the state witnessed abduction of the sitting governor and his so-called resignation from office.

“The forced movement of the governor to the Okija shrine in the dead of the night to swear an oath of critical and perpetual allegiance to a tiny clique of so-called godfathers, and the mayhem of November 2003, are part of the reason he doesn’t want to meet the people.”

“Uba’s inability to hold rallies springs from his growing unpopularity and outright rejection not only by the people of Anambra State but also by top members of his own party, including President Buhari, Vice President Yemi Osinbajo, Labour and Employment Minister Chris Ngige – who is the APC founder in the state – and National Inland Waterways Authority chief executive, George Moghalu.

“After all, Professor Soludo, who was attacked on March 31 in his hometown of Isuofia in Aguata Local Government Area is holding huge rallies all over the state, touring two local government areas daily, together with the fearless Anambra State Governor, Chief Willie Obiano.”