Home Courts An Address by A. B. Mahmoud at the Valedictory Court Session of...
CourtsLaw
October 6, 2017

An Address by A. B. Mahmoud at the Valedictory Court Session of His Lordship the Hon. Justice Ibrahim Auta, Retiring Chief Judge of The Fed. High Court 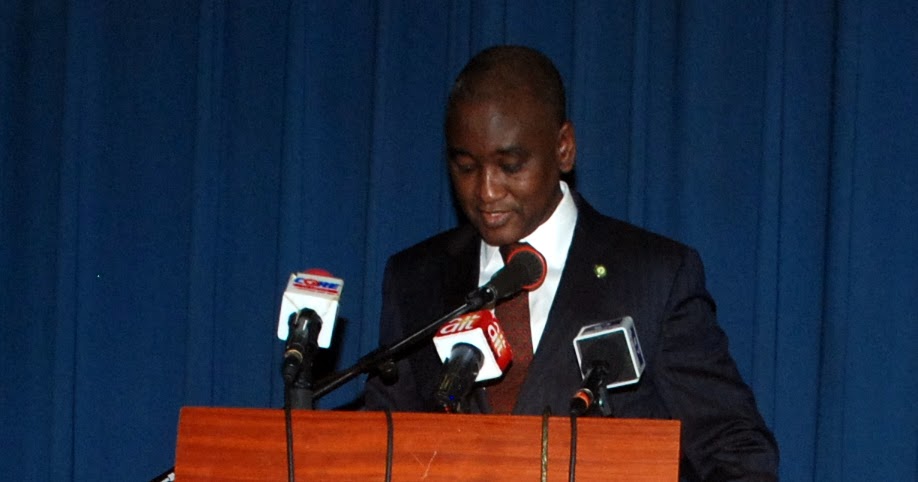 AN ADDRESS BY THE PRESIDENT OF THE NIGERIAN BAR ASSOCIATION, ABUBAKAR BALARABE MAHMOUD,OON, SAN ON THE OCCASSION OF THE VALEDICTORY COURT SESSION OF HIS LORDSHIP THE HONOURABLE JUSTICE IBRAHIM NDAHI AUTA, RETIRING CHIEF JUDGE  OF THE FEDERAL HIGH COURT ON ATTAINMENT OF THE STATUTORY RETIREMENT AGE HELD AT THE FEDERAL HIGH COURT HEADQAUTERS ABUJA ON THE 19TH DAY OF SEPTEMBER, 2017.

My Lord the Acting Chief Judge of the Federal High Court, My Lords Heads of various Courts, and other judicial officers in the Nigerian Judiciary, The Honourable Attorney-General of the Federation and Minister of Justice, Abubakar Malami, SAN, Past Presidents of the Nigerian Bar Association, Learned Senior Advocates of Nigeria, Members of the Body of Benchers, My learned friends at the Bar, Guests of Retiring Chief Judge of the Federal High Court,the Media, Ladies and gentlemen.

My Lord, it is with a heart full of gratitude that I thank you for this privilege to address this valedictory session. It has become customary to invite the President of the Bar to deliver an address at an occasion of this nature. I do not take this invitation to speak lightly as it affords us the opportunity not only to give honour to whom honour is due, but also to share our thoughts on the legal profession and the judiciary in Nigeria.

THE JUDGE AND THE MAN IBRAHIM NDAHI AUTA.

His lordship, Hon, Justice I.N.Auta was born in Jos, Plateau State on the 16th of September, 1952, into the family of late Madaki Auta Ndaahi and Mrs.Yathlama Madaki Auta in the village of Marama, Hawul LGA of Borno State. He is the 4th child of his parent with 6 siblings.

Hon. Justice I.N.Auta started his education in 1959.He attended N. A. Primary School, Jos and finished in 1966.He thereafter proceeded to the school of Basic Studies, ABU , Zaria from 1972-1973. In his quest for more knowledge, he proceeded to the institute of Administration, A.B.U Zaria, from 1973-1976 where he obtained the LLB. Degree with honours. He enrolled in the Nigerian Law School, Lagos in 1976 and was called to bar in 1977.

His lordship served his country during NYSC service year in Bendel State from 1977-1978 and he returned to his home state and joined the Ministry of Justice in 1978.

Hon. Justice Auta in his early days was made Chief Magistrate in Borno State judiciary from 1978-1980. He was thereafter appointed as the Principal state counsel of the State House, Ribadu,Lagos from 1980-1983.

Hon.Justice Auta served Borno state as the A.G. for a year and due to his excellent performance, brilliance and hard work, he was appointed a High court Judge in Borno state from 1989-1990.

His career at the bench truly kicked off when he moved from Borno state judiciary to the Federal High Court in 1990. He inched up the ladder leaving profound judgments and astounding precedents in his wake.

My Lord is a living testimony that hard work, diligence and integrity are values that are rewarding. No doubt that as the Chief Judge of the Federal High Court, he arrived at an honourable pedestal in this noble profession. In the course of his remarkable and eventful career, there have been a myriad of appointments trailing his rise.

Going by the cases His Lordship handled as a judge, lawyers and judges alike could decipher that Honourable Justice Auta was erudite and he was also courageous. He retires at a time that men of courage and erudition are not in great supply. His exit will no doubt deplete the rank of thoroughbred judges. Notwithstanding his departure from active judicial service for a deserved rest, I trust that his Lordship will still find time to answer the call for service, the kind normally given to trusted retired gentlemen who have a great deal to offer the legal profession and our country, Nigeria. He will be sorely missed by the legal profession.

His Lordship is leaving the judiciary at a time when it is under great strain. The exposure of the judiciary to elements which seek to tear it apart must be corrected. It has always been said that the judiciary is the last bastion of the people. The judiciary and the legal profession should remain standing even if other arms of government lie prostrate. Regrettably the Nigerian Judiciary is currently plagued by various challenges.

In my speech to mark the opening of the 2017/2018 legal year in the Supreme Court of Nigeria, delivered on 18th September, 2017, I stated that: “Some recent pronouncements by the Hon. Chief Justice of Nigeria, Justice Walter Onnoghen, give us hope that the preceding 2016/2017 . . . will give way to a wonderful year. It is our hope that this new legal year will mark a decisive era by which the Judiciary itself takes bold and strong measures to regain the full confidence of Nigerians. As I have pointed out in the past, the National Judicial policy, which was adopted in April 2016 represents a clear admission of the damaging impact of corruption in the judicial system. In the words of the policy paragraph 6.1 “The National Judicial Policy recognizes that the greatest and the most damaging challenge to administration of justice is corruption and tackling this challenge must go beyond exhortation and sentiments”. . . . Thankfully, the National Judicial Policy has provided some strategy for addressing this problem. While advocating for strong disciplinary proceedings as indispensible mechanism for dealing with the problem of corruption, the policy nevertheless recognises the limitation of such reactive response. It commits to putting in place a “mechanism that would be preventive and ensure palpable transparency in every facet of judicial administration and also ensure early detection of corrupt practices or tendency for corrupt practices in the system . . . “ The policy also commits in paragraph 6.5 and 6.6 to setting up a Working Study Group and Fact Finding Committees. The Working Group for the study of the working of the judicial system will undertake a study of among other things, modalities of access to justice, practices in the Registry of each court and efficiency of services. The Fact Finding Committees are to provide a platform to afford opportunity to citizens who profess factual and credible knowledge of the nature and modalities of corruption in the judicial system to ventilate such considering widespread claims in the country by several persons that corruption is prevalent and practiced with impunity in the system. My Lord, the Chief Justice, the Bar Association calls upon you to urgently implement these clear policy mechanisms which have already been adopted at the highest judicial level. This in our view will ensure that the judiciary is in charge of its efforts to redeem itself and rebuild confidence in the countries judiciary.”

My Lord, the above-quotation from an earlier speech underscores the importance of reforms in our system of justice. It also shows the state of the judicial system which His Lordship is retiring from. We have no doubt at the Bar that if the policy mechanisms encapsulated in the National Judicial Policy are implemented, the Nigerian judiciary will be one of the best in the world.

REFORM OF THE BAR AND THE LEGAL PROFESSION

We are currently sending copies to all stakeholders including the Heads of Courts in the Judiciary for their input before formal presentation to the National Assembly. The NBA will very shortly convene a policy dialogue to discuss on regulation of the legal profession in Nigeria. Part of the agenda of the policy dialogue shall be to discuss the final report of the NBA Legal Profession Regulation Review Committee.

I therefore use this medium to call upon Your Lordship and other stakeholders to support the legal profession regulatory reform initiatives in Nigeria. It is an idea whose time has come.

My Lord, distinguished ladies and gentlemen, the time has come for the Nigerian Bar to bid an erudite judge, an administrator and a distinguished servant of justice a well deserved good-bye from the Nigerian Judiciary. We will miss him. Although he is now retired, we know he is not tired. The nation will surely call on him for more service to the nation and humanity. We thank members of his family for their support. I wish my Lord, Honourable Justice Ibrahim Ndahi Auta, good health and long life as he enjoys his well merited retirement.

Many thanks for your time and audience.