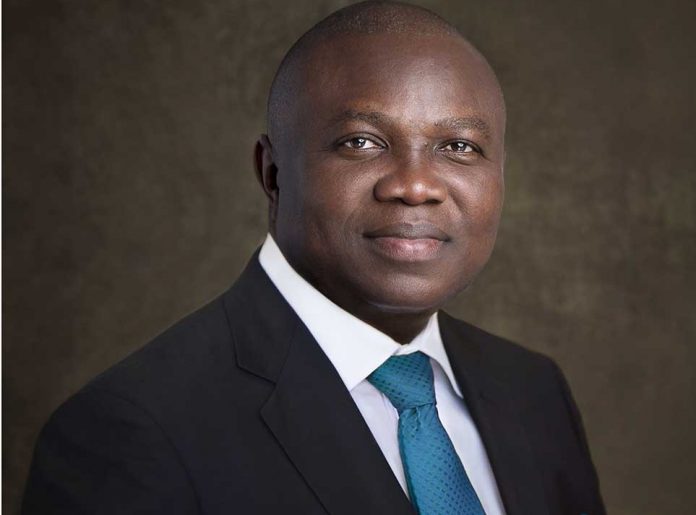 Governor Ambode, who also inspected the progress of work on the LASUTH Maternity Hospital popularly known as Ayinke House, ordered contractors handling the project to work day and night to deliver it within the next six months.

The new road, which is 400metres long, is designed with street light, drainage, median and beautification features. Speaking while commissioning the road, Governor Ambode expressed delight at the completion of the project, saying it was designed to facilitate faster access to medical care, thereby saving lives.

He said it was a thing of joy that after about three to four decades, another access road had been created to LASUTH, just as directed the management of the institution to ensure proper usage of the facility.

He said: “We are very delighted to be here. We believe strongly that the major cornerstone for the growth of the economy of Lagos actually lies in the hands of all of you here because if we don’t have a healthy State, we cannot have a productive economy and that was why we decided that we would pay greater attention to the health sector. “We realised that just one entrance into this whole complex is too dangerous. It’s been like that for almost three or four decades and we are happy to be here opening another access road and thereby saving lives.

“That is the way it should be because patients can come in ambulance but held up almost thirty minutes and unable to disembark but this road will remove the tragedy that may occur through such and we are happy to commission this project.

“We are also happy that in another five to six months, we will be back here to make the Ayinke House functional and in addition to that, there are other two projects going on here and we have received assurances also that before May 2018, those ones will be completed also,” he said. While commending the management of the institution for performing creditably well, Governor Ambode assured that his administration would not relent in implementing policies and projects designed to scale up the health sector, and also monitor the performance of workers in the sector to ensure efficient service delivery.

The Governor specifically acknowledged the pressure on medical personnel in the State due to number of patients coming from other States and even countries in the West African region, and pledged to address issues relating to welfare of staff, especially doctors who recently raised question of promotion stagnation.

Governor Ambode, who also inspected ongoing projects across the State, ordered additional projects such as lounge for families of patients and canteen, as well as Ear, Nose and Throat (ENT) Department to be included in the ongoing upgrade and expansion of Alimosho General Hospital.

The Governor said his desire is to upgrade the hospital to LASUTH standard, just as he assured that as part of the Cleaner Lagos Initiative, the Igando Dump Site, which is a major eyesore, would be shut down and cleaned up to safeguard the health of people in the area. Earlier, Chief Medical Director of LASUTH, Professor Adewale Oke commended Governor Ambode for his commitment to the health sector, saying several projects had been executed in the institution.

Speaking on the new access road, Oke said: “This is a dream come true. For many years, we have had problem with movement of patients into the hospital. Sometimes, they are in the ambulance for fifteen or twenty minutes before they can get in but this road has solved that problem.

“It is going to save our patients; it’s going to make access to the hospital very easy even for the workers. To add more to it, it is very aesthetically beautiful which complement the development that is going around.”

Also speaking, Professor Babatunde Sholagbero, Provost of Lagos State University College of Medicine (LASUCOM), said the completion of the road was an eloquent evidence of promise made and promise kept.

He thanked Governor Ambode for facilitating the accreditation of Dentistry for the institution, thereby making Lagos State University (LASU) the only state university in Nigeria that has bachelor of Dentistry degree.

He added: “By the World Health Organisation (WHO) statistics, the accepted dentist to patient population in United States is 1 to 2000, but for Africa it is 1 to 150,000. So, for every dentist we produce, we will now have 150,000 Lagosians being catered for.

“Aside that, there are many other projects that the present administration has implemented in our institution and we are now a toast among committee of medical colleges,” Solagbero said.

On his part, President of Lagos State University Medical Students Association, Bada Akintayo Akinbobola commended Governor Ambode for his determination to scale up the health sector, saying LASUCOM is now regarded as the Harvard of Africa judging by the massive investment in the institution by the State Government.