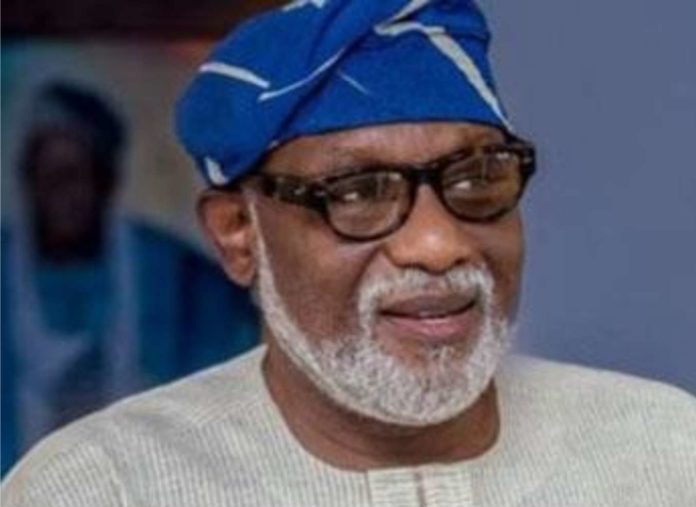 Wednesday’s Supreme Court judgment, which ratified the victory of Ondo State Governor Rotimi Akeredolu, has thrown up a major controversy over the legitimacy of Governor Mai Mala Buni as the All Progressives Congress (APC) national caretaker chairman.

The Yobe governor was appointed after the removal of elected Chairman Adams Oshiomhole on June 16, last year for an initial six month period, which has been renewed indefinitely.

The dissenting judgment was read by Justice Peter-Odili:  “I do not agree with the majority judgment,”she said, noting that the APC, by Article 17(4) of its constitution has provided for how its affairs should be managed and what offices its memebrs could occupy at a time.

Minister of State for Labour and Employment Festus Keyamo (SAN) in a statement last night on the minority judgment, said it had grave implication for the ruling party.

He said the party risked being destroyed “from top to bottom” by the judiciary, if it ignored what the Justices said.

“We cannot gamble with this delicate issue. The time to act is now,” he added.

The senior advocate, who said he was offering his “professional bit to the party,” explained that: “The little technical point that saved Governor Akeredolu was that Jegede failed to join Mai Mala Buni in the suit.”

He added: “Jegede was challenging the competence of Buni as a sitting governor to run the affairs of the APC as chairman of the caretaker committee. He contends that this is against Section 183 of the 1999 Constitution, which states that a sitting governor shall not, during the period when he holds office, hold any other executive office or paid employment in any capacity whatsoever. In other words, had Buni been joined in the suit, the story may have been different today as we would have lost Ondo State to the PDP.”

He then warned: “Any other person affected by the actions of the Buni-led Committee will henceforth, not fail to join him in any subsequent case in court. These include any subsequent election matter in any part of this country and all the APC congresses that are about to hold. The Supreme Court has just weaponised all those that would be aggrieved by the APC Congresses to proceed to court to challenge the competence of the Buni-led CECPC to organise the Congresses and national convention.”

Keyamo said the APC should terminate the plans to hold its ward congresses on Saturday.

In recommending what to do, he advocated the National Executive Committee (NEC) of the APC should meet urgently and reconstitute the caretaker committee to exclude those holding executive positions.

He said since “we cannot vouch for the legality of any NEC meeting called by Buni now,” the safest is to get two-thirds of NEC members to sign an invitation to summon a NEC meeting”.

The alternative, according to him, is for the Board of Trustees, which includes the President, to be activated to organize a national convention in line with Article 13 of the APC Constitution.”

A former national secretary of the Labour Party (LP), Mr. Kayode Ajulo, said: “The provision of Section 183 of the 1999 Constitution of the Federal Republic of Nigeria (as amended) is unambiguous to the effect that “The Governor shall not, during the period when he holds office, hold any other executive office or paid employment in any capacity whatsoever.”

“As a former National Secretary of Labour Party, I am quite aware and it is unassailable that the national chairman and the national secretary are the alter egos of a political party chartered with the day-to-day running of the party.

“It is, therefore, incontrovertible that the continuous stay of the governor as Chief Executive Officer of the All Progressives Congress runs contrary to the provision of the Constitution and as such may be an albatross on the party, as all he had done before would be null and void, including the nomination of candidates within the period of his so-called leadership of the party.

“It is apposite to assuage and hint the leadership of the party by reminding same of the decision of Lord Denning of over five decades in the case MACFOY v. UAC LIMITED (1961) 3 ALL E.R where the learned jurist held that: “If an act is void, then it is in law a nullity. It is not only bad, but incurably bad. There is no need for an order of the court to set it aside.”

“Whichever way this issue is being tilted, permitting a governor of a State to hold another executive office may create cravings in some governors to become the state chairman of their political parties as being recently tinkered by some of them.”

The Peoples Democratic Party (PDP) described the split decision of the Supreme Court as a verdict that Buni cannot continue to lead the APC as Caretaker Committee Chairman.

The PDP spokesman, Kola Ologbondiyan, said it is an aberration for Buni to serve as Yobe State governor and chairman of the APC at the same time.

“We insist that the process that led to the emergence of Governor Akeredolu was, and remains a violation of the APC Constitution as well as the 1999 Constitution.

“Section 183 of the 1999 Constitution states that no governor should hold any other position in any capacity, apart from the office of the governor. As you know, this was the major ground upon which we went to the Supreme Court”.