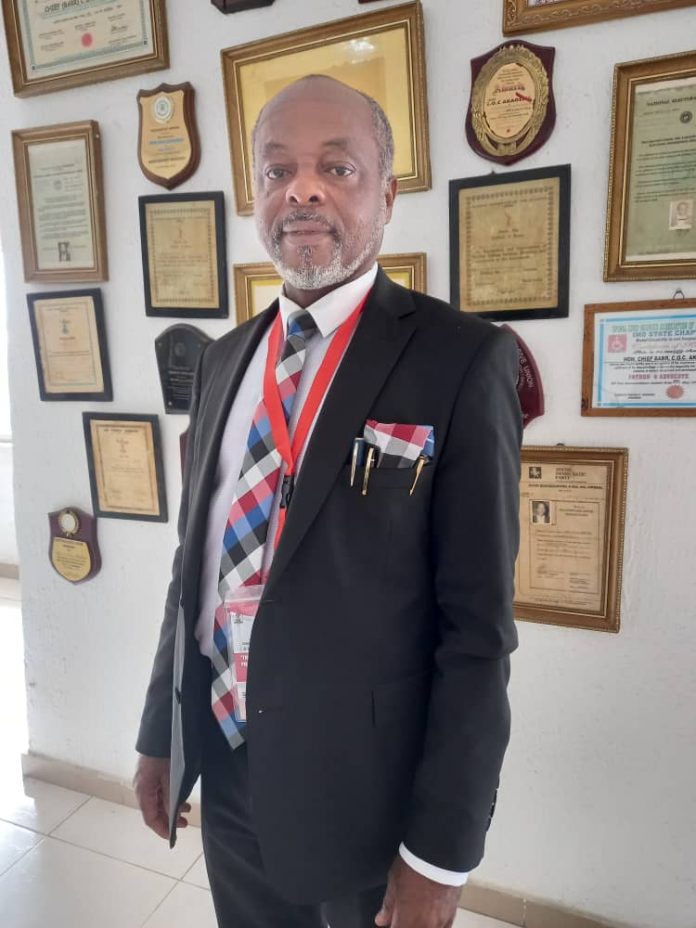 The recent decision of the Legal Practitioners’ Disciplinary Committee to suspend the Hon Attorney-General of Imo State, Hon Chief Barrister COC Akaolisa for five years, came as a rude shock to the people of Imo State whose perception and knowledge of Akaolisa in his more than thirty-five years of active practice as a lawyer, ran counter to the rationale behind that decision.

It is a known fact within Imo State and across the Southeast geopolitical zone of Nigeria, that Chief COC Akaolisa is a lawyer with an enviable record in serious and successful private legal practice as well as human rights legal activism that spans a wide scope, to include free legal advice and representation for the less privileged and all those oppressed in whatever way or form, but lack the requisite amount for legal fees.Upon this reputation for voluntary legal interventions where and when necessary, Akaolisa has worked diligently over the years to carve a niche and sustain an enduring legacy of a successful, public spirited, reliable and honest legal practice that has earned him the posture of a incorruptible lawyer of good character and integrity.

His track record has been without blemish, and he has never been accused of any wrong doing, nor has he been found wanting in the discharge of his duties as a private legal practitioner. It is therefore astonishing and intriguing as to why this enviable record that has earned him the high regard he enjoys among his colleagues, clients and others has, thankfully, not gone down well with the broad spectrum of Imo society who suspect that his suspension from legal practice for a period of five years is borne out of a political vendetta and a miscarriage of justice given the facts that he did not commit any crime, nor has he engaged in any professional misconduct as alleged.

It is worthy of note that Chief Akaolisa, in a demonstration of his magnanimity, stood in as Defence Counsel on a pro-bono case in respect of an alleged murder at Orlu High Court in which one Mr Paulinus Nwanochie was accused and remanded in Owerri Correctional Center since 2012 when the matter was instituted, Akaolisa, upon realizing that the young man was poor, helpless and possibly undergoing prosecution for a crime he probably did not commit, handled the matter. The parents of the accused were also detained and made to undergo trials.The case of Mr Paulinus Nwanochie and his parents was not the first time Akaolisa had elected to represent those deemed helpless and possibly undergoing persecution on pro-bono. One wonders why this particular matter should be twisted and used to defame a hard earned reputation garnered for decades.

At the time his client was released on the order of Owerri High Court presided over by Hon Justice Ikpeama, Akaolisa had ceased to be the Defense Counsel following his appointment as the Attorney General & Commissioner for Justice, Imo State and one wonders the rational behind associating with the judgment if not for deliberate mischief and calling a dog bad name in order to hang it.The records are also visibly verifiable that the decision of the Court was borne out of a directive issued by the Attorney General of Federation some years back when he visited Owerri Correctional Center on Jail delivery in which the matter was referred to the State Chief Judge for review on health ground.

Most people who had followed the matter since its inception knew what happened and were perplexed how a matter that went through such rigours and normal judicial process should be twisted to indict an innocent man whose only offence probably was accepting to defend the accused some years back on probono and coincidentally rose to become the Attorney General of the State when a Court of competent jurisdiction granted the accused bail on health grounds.

Why should he then be accused falsely? Why should such a sensitive Committeeman rely on hearsay and conjecture to come up with such a weighty decision? Many are of the opinion that this type of decision by the Legal Practitioners’ Disciplinary Committee is unjust, inhuman and vindictive and should not be allowed to stand because it will definitely hurt legal practice if it becomes a precedence. Let nobody celebrate over such an injustice which will consume more innocent and unfortunate victims in the future.

A decision of a High Court of competent jurisdiction is being attributed to the Attorney General. What a frame up! What an indictment! The only possible consensus that can be drawn from this episode is that the Akaolisa the people know well for excellent professional conduct is being misrepresented. This is the same successful and very Senior Lawyer of over three decades and five years that had successfully handled several landmark cases in the state and made a name for himself. He had represented both the oppressed and mighty in the society. Akaolisa had represented top Imo politicians successfully in pre-election and post-election matters in the past as the then State Legal Adviser of the People’s Democratic Party, PDP.

He stood in for the former Governor of Imo State, Ikedi On akin. He also did preelection matters for former Governor Emeka Ihedioha, Distinguished Senator Hope Uzodimma, Representative Asiwaju Jerry Alagbaoso and several others. He has also featured prominently in land, business, maritime, criminal and trade union matters and at all times, his good conduct and accomplishments stood him out as the cynosure and an icon of sorts he has become in the legal practice within Imo State and other neighboring states.Akaolisa has paid his dues, having contributed enormously to the development of legal profession in Imo State, and does not in any way deserve such vindictive and miscarried judgment as brutally handed down by the Legal Practitioners’ Disciplinary Committee.

There should be a thorough review on the matter in order to allow an innocent man to go in peace because there is no nothing tangible to connect Chief Akaolisa with an Order issued by a Court of competent jurisdiction.