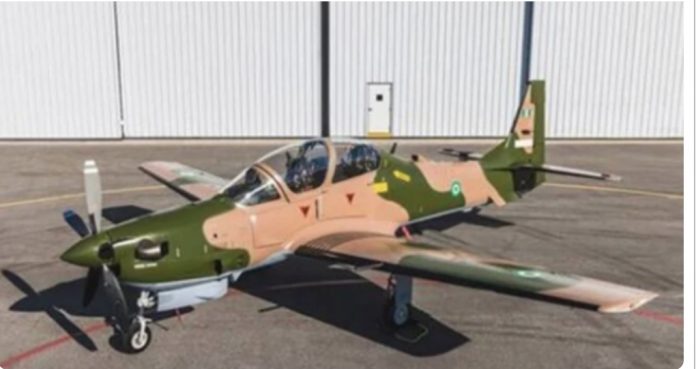 On August 31, NAF inducted six A-29 Super Tucano fighter jets to combat insecurity in the country, and it is expected to receive 14 more before the end of 2021.Oladayo Amao, chief of air staff (CAS), had said the aircraft would boost airpower and be a game-changer in the theatre of operations.But during a meeting with journalists on Wednesday, Amao said though the fighter jets have brought positive improvement to the war against insurgency, there is more to do.

He said the sole effectiveness of the fighter jets is not enough to end insecurity in the country.Amao, who was represented by Daniel Gwani, air vice-marshal, said it will take the collective effort of stakeholders in the security affairs of the nation to end the war.“Someone said when Super Tucanos come, the whole problem is going to be solved. I think that is a misunderstanding of airpower and its rules, particularly in the type of operations we are conducting,” he said.

“The Super Tucanos have brought in a lot of might to the fight and I can tell you for a fact that as we speak now the airplanes are operating in the north-east. I can tell you for a fact that there is a very positive response as to the effectiveness of the operations of the airplanes.“But I also want to clarify something here that airpower alone cannot win this war, it will take a collective effort of the military and civil society organisations and all other stakeholders.”