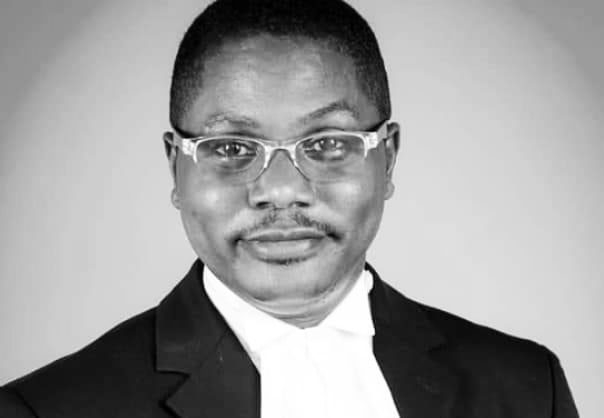 AIG Adeleke uses his police powers to meddle in a civil case, arrests and detains an ordinary citizen doing his job

When a policeman at the level of an Assistant Inspector General of Police enters into a private property on a Saturday and starts to arrest ordinary citizens found on the premises then one has to wonder where we are heading in this country. Are we under a dictatorship or a Police State?

The Facts
The victim of this brazen show of power by an obviously misinformed AIG was inspecting a premises owned by a client of his employers when the AIG in full compliment of tax payers’ paid policemen stormed the premises and arrested our victim and others.

Apparently, there was a petition written to the AIG’s office complaining that some people are trespassing on the said land.

You would expect that a well trained and knowledgeable policeman at the level of the AIG would refuse to attend to such a petition which is clearly a land matter but no no no…this obviously corrupt officer has no shame picking up indigent workers and locking them up based on a petition.

Detention and Torture
Our victim was arrested on Saturday at around 5pm. As I type this report at 11.20am on Sunday morning we have not been given access to see the victim of this illegal arrest and abuse of power.

Our lawyers arrived at Zone 2 this Sunday morning at around 10am and they were refused entry into the police station. In their words, the officers said “Today is Sunday, we don’t allow visitors” can you imagine this statement? A lawyer comes to see his client and you call the lawyer a visitor? You say it’s a Sunday like it’s supposed to suggest that the police station is closed on Sundays? Then why make arrests on weekends then if you don’t work on Sundays or your Stations are closed on Sundays.

The victim has been cut off from his family and his legal counsel, no food, incarcerated, afraid and truamatized by his arrest and the police has the audacity to deny him his constitutional God given RIGHTS?

The IPO has made it clear to us that nothing will be done till Monday and he won’t be granted bail. What a brazen disregard for our constitutional provisions which the AIG himself swore to uphold and from where he himself gets the powers he wields.

AIG Adeleke is a disappointment to the Nigerian Police and should be dismissed from service. He has shamed our constitution and conducted himself in an unprofessional manner. What interests does a policeman have in a land dispute that he should use raw power to detain and punish an innocent man?.

We demand that everyone arrested and detained by AIG Adeleke over this issue should be released unconditionally before 3pm today.