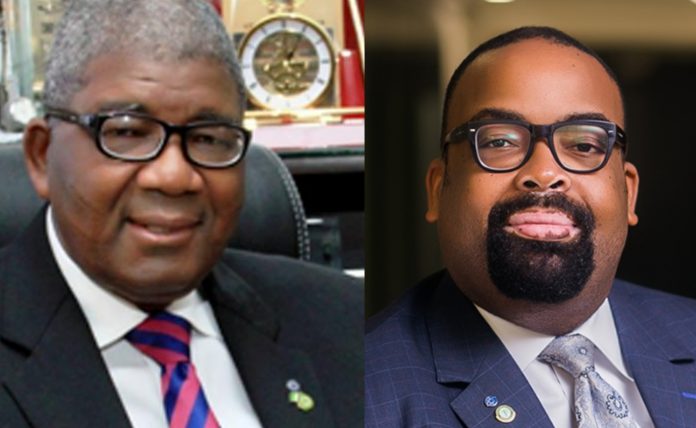 Mr. Adegboyega Awomolo, SAN has again attacked the NBA President, Mr. Olumide Akpata, in a correspondence seen by our Reporter late last night. The email which was addressed to the Secretary of the Body of Benchers and copied to over 100 members of the Body referred to Mr. Akpata as, among other things, “immature”.

The email was apparently predicated on the address of the NBA President at a ceremony held at the Supreme Court on 8th December, 2021, to mark the opening of the 2021/2022 Legal Year and the swearing-in of 72 new Senior Advocates of Nigeria.

In his address, the NBA President while citing a series of instances in which certain members of the Association have been taking deliberate steps to undermine the NBA and whittle down its influence, referred to a recent attempt by some members of the Bar to influence the National Assembly to pass into law a Legal Practitioners Bill that ostensibly contemplates a possible division of the NBA through the incorporation of another body for lawyers in Nigeria.

According to Akpata, the relevant section of the Bill defines the NBA to mean and include “the Registered Trustees of the Nigerian Bar Association, and any other body incorporated for the governance and management of the Legal Profession”. The NBA President also noted that the said version of the Bill is different from the version that he was acquainted with, and in which the “NBA” was simply defined as the “Nigerian Bar Association”.

Responding yesterday to an email notice to attend an Extra-ordinary meeting of the Body of Benchers scheduled for 13th December 2021, Awomolo SAN declined attendance on the ground that “… I do not intend to participate in any further discussion on the request for retracting (sic) of the Bill before the National Assembly. Continuing, Mr. Awomolo, who is a member of the Committee set up by the Body of Benchers to harmonise different versions of the Legal Practitioners Bill, said that he took exception to the fact that the NBA President used the occasion of the opening of Legal Year at the Supreme Court to suggest that the draft harmonised Bill was intended to sabotage or compromise the integrity and independence of the NBA, whittle down the authority of the Association and enhance that of the Body of Benchers.  Awomolo concluded in his email that the NBA Presidents address and the remarks in it were “very uncouched (sic) and sarcastic unkind and uncharitable… smarked (sic) of immaturity and insulting….

Recall that Chief Awomolo had in his infamous letter written to Chief T.J.O Okpoko, SAN just before the most recent NBA national elections in 2020 expressed concern that “junior members” of the Bar were taking over the NBA, and that it would be in the interest of the Legal Profession for the position of the NBA President to be held by a Senior Advocate of Nigeria, in order to preserve the seniority in the Bar on the one hand and  the integrity, honour and respectability of the Office of President of NBA on another hand.

GOODWILL MESSAGE BY Y.C MAIKYAU SAN TO THE NBA YOLA BRANCH ON HER ANNUAL LAW WEEK 2022