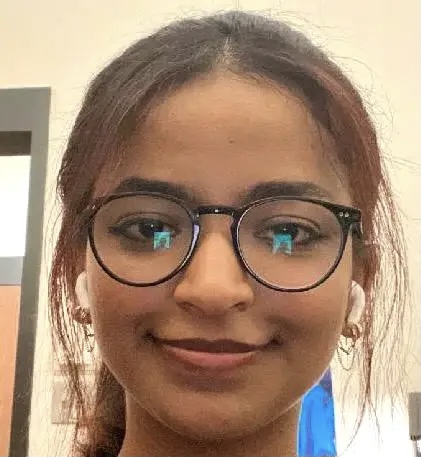 A 20-year-old African-American student, Misrach Ewunetie has been found dead near her university’s tennis court around 1 p.m on Thursday.

Ewunetie, an undergraduate student of Princeton University, New Jersey, USA had gone missing when she left her dormitory last Sunday and her disappearance sparked a massive search within the university community.

The school said authorities were using a helicopter, drones and watercraft in the search, and stepped up its law enforcement presence on campus as the efforts to find her were brought to an abrupt end when her lifeless body was found on campus.

The Washington Post reported that a facility employee discovered her body and immediately reported the case to authorities.

According to Mercer County prosecutor Angelo Onofri and Kenneth Strother Jr., Princeton’s vice president, there were no signs of injury and her death would be investigated.

“No obvious signs of injury and her death does not appear suspicious or criminal in nature,” Onofri and Strother Jr were quoted in a statement.

“Misrach’s death is an unthinkable tragedy. Our hearts go out to her family, her friends and the many others who knew and loved her,” the university’s vice president for campus life, W. Rochelle Calhoun, said in a statement.

An autopsy was performed on Friday but prosecutors added that it would take weeks to establish a cause and manner of death.

Meanwhile, her family and the university community had described her as an achiever and devoted volunteer who stood out chasing her dreams.

The evening before her disappearance, Ewunetie volunteered during a music event at the Terrace Club, one of Princeton’s 11 eating clubs and after the club closed, she and other members on duty “left for the night.”

The deceased’s brother, Universe Ewunetie described her as “a very smart, empathetic person who cares for people.”

“She’s loved and cared for, and we’re missing her,” he said.

The report said her family is originally from Ethiopia but Ewunetie grew up in Euclid, Ohio, and Princeton is her only connection to New Jersey, he said.

New Jersey Governor, Phil Murphy sent a message of condolence via Twitter on Thursday, saying he was “heartbroken” by the news.

“Our hearts go out to her family, friends, and fellow students who knew and loved her,” Murphy said in the tweet.

Princeton said the university is planning a memorial for Ewunetie and will announce details at a later time.