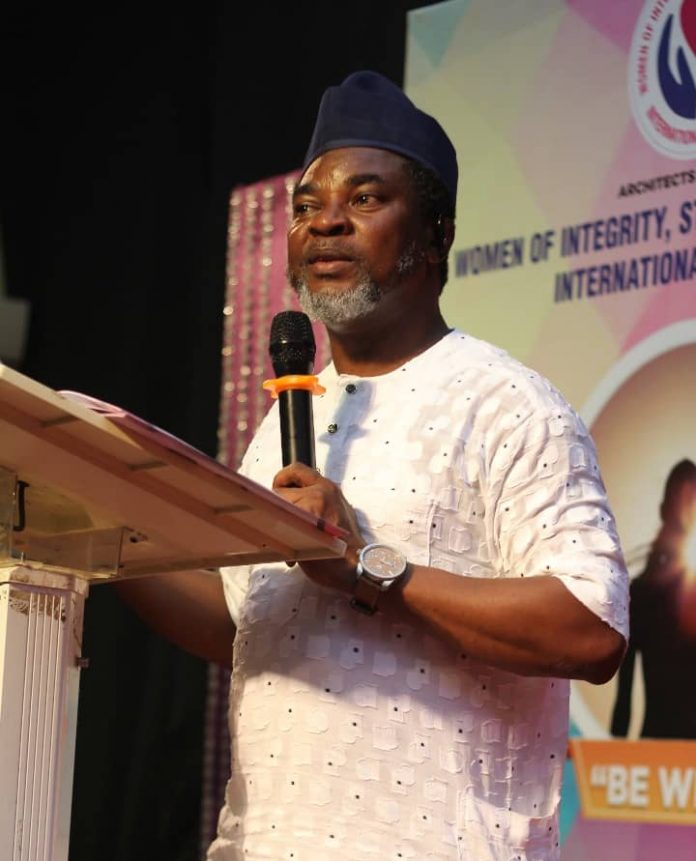 THE GIRL-CHILD; MAKING THE FUTURE COUNT.
BEING THE KEY NOTE ADDRESS PRESENTED BY ADESINA ADEGBITE, FCIMC AT THE INAUGURATION AND AWARD CEREMONY OF WOMEN OF INTEGRITY, STRENGTH AND EXCELLECE INTERNATIONAL INITIATIVE (WISE), ON 21ST NOVEMBER, 2021.

INTRODUCTION
The topic I am about to discuss as I intend to treat this engagement as more of a conversation than a presentation, is very dear to me and I believe everyone who values the need to preserve the future must pay attention to the interest and wellbeing of the Girl child. Many of us are guilty of acts capable of diminishing the status of the female gender and this often started from the kind of treatment and attention accorded the girl child during her adolescence years. In a deliberate effort geared towards changing the narrative and bringing to the fore the challenges faced by the girl child and the possible remedies to the unfortunate societal nurtured anomaly, the subject of discussion today is centered not around but on the girl child.

WHO IS A GIRL-CHILD?
There is a need for us to actually understand who a girl child is. A girl-child is a biological female offspring from birth to eighteen (18) years of age. A girl-child can also be described as a female child between infancy and early adulthood. During this period of the development of the girl-child, she is under the custody and supervision of adults who may be her parents, guardians or siblings who are older and more matured.

EARLY DEVELOPMENT AND INFLUENCES
The girl-child is easily influenced by her experiences as she develops. She models her behavior during this development process, through observation and adaptation of the lifestyles of her parents, guardians, community leaders, family members, school teachers, celebrities and sometimes peers. These unconscious influencers contribute to the moulding of a girl child either positively or negatively.
From the family circle to the public spheres, the girl-child has suffered much hardship and has been greatly discriminated against. This is due to the fact that she is regarded as inferior to her brother or male counterpart. She is devalued, disrespected and regarded as a second class citizen.
Discriminatory practices against the girl-child is very rampant in Africa, Middle-East and Asia. In these societies, the girl-child has been consigned to an inferior status for which she constantly wears a daunted image. This inferiority is as a result of the patriarchal ideology in the society which bestows undue importance to the male child. The result of this is that, the male child does everything to undermine the female child in order to arbitrarily institute values and ideologies in the society. The patriarchal ideology that is common in most parts of Africa, Asia and the Middle-East has influenced the way the girl-child characters are projected by the male focused society thereby constructing female children as passive and inconsequential lots. The African society have unjustifiably dehumanized the female gender over the years, and I use the Eastern part of Nigeria as an example, where a female child is under the custom and tradition of most Igbo communities considered as undeserving of an inheritance. Therefore, while the male child is clothed with legitimacy to beneficially inherit his father’s assets, his female sibling(s) are disinherited by the custom and tradition. This repugnant and obnoxious discriminatory tradition must in my view be immediately jettisoned.

CHALLENGES FACED BY A GIRL-CHILD
Below are some of the challenges that are being faced by a girl-child:
1. Child/Domestic Labour
2. Teenage Pregnancy
3. Early Marriage
4. Gender Discrimination
5. Lack of/Inadequate Education
6. Sexual Abuse
7. Female Genital Mutilation
8. Poverty

Thank you for listening.