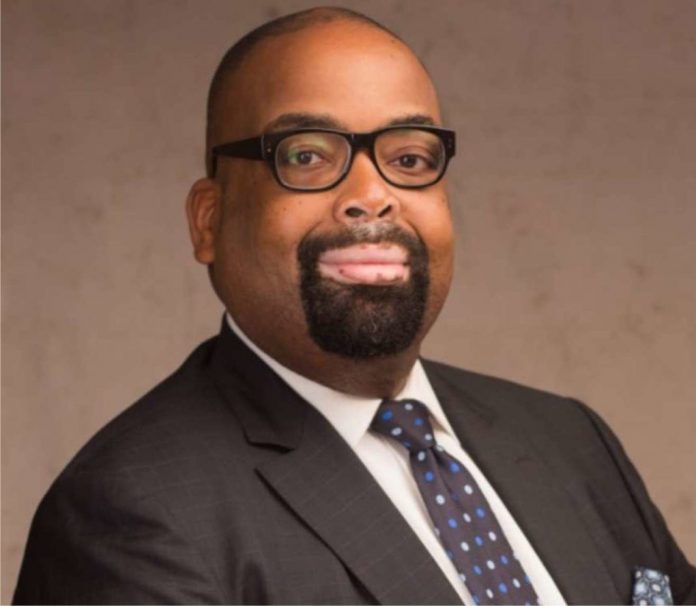 My Lord, the President of the Court of Appeal

My Lords, Justices of the Appellate Courts

My Lords, Judges of the various High Courts

Members of the Press

A. It is with great delight and a high sense of responsibility that I accept the invitation of Your Lordship, the President of the Court of Appeal, My Lord Hon. Justice M.B. Dongbam-Mensem, to deliver an address at the 2021 legal year formalities. I thank your Lordship for extending this invitation to the Bar and more importantly, fostering the bar-bench relationship. For our part (the Bar), we will continue to do everything to protect the dignity of the Bench and indeed, the legal profession at large.

B. The Legal Year celebration is a tradition that dates back to antiquity. In other words, legal year celebrations have been traced to have commenced in England in 1897 and has become a tradition of Courts in jurisdictions that owe their origin to the English Common Law. In the new year celebrations in England, judges adorn their red ceremonial attire and take a two miles’ walk from Temple Bar to Westminster Abbey for the solemn assembly of 700 guests where judges seek the help of the Divine for guidance and strength. The celebration is not just a processional walk, it also a rare opportunity for lay-men to see the judges outside the strict and fearsome corners of their Courts. I dare say it usually affords judges that opportunity to feel the pulse of the public outside their hallowed chambers.

C. My Lords, as the head of the Nigerian Bar Association, not only will I most warmly welcome your Lordships back from a deserved rest during the vacation, I am also specially congratulating my Lord, The President of the Court of Appeal, for this initiative of a maiden of the Court of Appeal legal year ceremony. I believe this will be a tradition that has come to stay.

D. It is no longer news that the nation now grapples with challenges that would hardly have been imagined twenty years ago. Insecurity pervades every corner of the nation. The institutions of the State are weakened and are almost caving in under the pressures and vicissitudes of socio-political unrests. The brutal use of force by those entrusted with the executive powers of the state, and the tendencies of men of means to corrupt the polity and to pervert the cause of justice has clearly demonstrated to us all that no one is safe if there is no justice. Marthin Luther King Jnr has once reminded us that peace is not the absence of war but the presence of justice. I must therefore emphasize that Nigerians will continue to look up to the Courts for hope in the face of despair and justice in the midst of uncertainties. Our Courts are therefore entrusted with a part to play in restoring the peace of the nation.

E. In more specific terms, it is particularly disturbing how politicians, aided by the conduct of some of our colleagues, appear to be bringing disrepute to the hallowed chambers in their battles for political supremacy. Their target is to make a mockery of an institution that must always inspire confidence, trust and fairness. In particular, what may appear to be the ignoble roles and potential judicial rascality of some of Judges in the internal political crises of a major political party and the primary elections of a State few weeks ago, were eyesores better imagined than experienced. We woke up nearly every day to the news of another order on the subject of the leadership of a political party in a manner that smacked not only of the possibility of forum shopping but also of suspected compromise of such mushrooming injunctions. At this juncture, I must say and boldly too that the blame does not only rest at the desk of the Judex; some senior members of the Bar also allowed themselves to be used as purveyors of abuse of Court processes and perversion of justice.

F. On the part of the Bar Association and irked by this burgeoning crisis, I was constrained to issue a stern statement calling the Bar to order and setting up a committee to investigate the involvement of lawyers who may be found culpable for such infamous and unethical conducts. For the avoidance of any doubt, the NBA unequivocally abhors any attempt either directly or indirectly of any of its member(s) or indeed, politicians who attempt to ridicule the profession or indeed and by extension, undermine the justice system in Nigeria.

G. I must at this point particularly commend my Lord, Hon. Justice Chioma Nwosu-Iheme JCA for her tough position on the above, an action which awoke the conscience of many stakeholders’ interventions within the Bar and the Bench. My Lords of this Court must do everything within its powers to forestall future attempts to ridicule our justice system. It is a call that is manifestly tied to our collective peace and survival as a nation.

H. My Lords, will litigants desist from these ignoble conducts? It is respectfully most unlikely. It therefore behooves on Your Lordships to guard your respective doors against invasion by perverts. I recall very well the attempted invasion of the Court of Hon Justice Kayode Eso (as he then was) which is detailed in his seminal memoir titled The Mystery Gunman. Against the rampaging tornadoes of politicians who wanted to stampede Kayode Eso J (as he then was) into compromising his position, His Lordship upheld time-honored principles and ‘failed principalities and powers’ to set Wole Soyinka free, while holding the firm conviction in his heart that ‘the Rule of Law knows no fear.’

I. The Hon Justice S. O Uwaifo JSC in his valedictory speech delivered as he bowed out of the Supreme Court in 2005 foresaw a time like this when the nexus between the administration of justice and the dividends of democracy will become so glaring. Uwaifo JSC stressed the need for judiciary to weed out its bad eggs not just for the sake of the integrity of the judiciary but also to checkmate the disruptive elements that may want to trunk our nascent democracy. His Lordship said and I quote:

Democracy is most obviously seen to be necessary when the tendency of an autocrat puts justice at risk. But one sure way of making (sic) democracy stay on course is to enthrone justice. Similarly, individual right when systematically trampled upon leads to loss of faith in the polity. Therefore, in the performance of its office, a superior court (in particular) owes itself, for the sake of dignity of the Judiciary, and owes the society, for the sake of maintaining the public’s confidence, and not least owes the parties before it, for the sake of justice, the duty to administer the law in a manner which ensures that there remains reasonable validity in the claim that the Judiciary is the last line of defence and hope of those who approach it. A corrupt judge is more harmful to the society than a man who runs amock with a dagger in a crowded street. He can be restrained physically. But a corrupt judge deliberately destroys the moral foundation of society and causes incalculable distress to individuals through abusing his office, while still being referred to as “honorable.” It is difficult to bring him to account under our system.

J. The journey to confront the bad eggs of the Bench will not be an easy task. This is because those who profit from the sale of justice will never go down alone. They will be willing, as always, to muster every tentacle and web of connections within and outside government and the corporate world to fight back. Their tactics has not changed. After Hon Justice Kayode Eso gave what was considered an unpopular judgment in the Mystery Gunman’s case, he was posted to a remote Court in present day Ondo State. But the agility of the truth has never been matched by the short aggrandizement that corruption brings.

K. On our part as the Bar, we will continue to provide our support and solidarity against invasion by any marauder. This we have done by tasking the Dr. Babatunde Ajibade, SAN-led committee to identify and recommend the appropriate disciplinary measure to any legal practitioner who, either directly or indirectly, brings disrepute to the legal profession. Let me assure My Lords again, that as long as the battle to sanctify the judiciary is fought on the alter of justice and fairness, the Bar’s chorus will mimic the motto of Liverpool Football Club; You will never walk alone!

L. My Lord the President of the Court of Appeal, My Lords, Justices of the Appellate Courts, distinguished ladies and gentlemen, as Your Lordships prepare for the challenges of the new legal year, we can only wish you guidance, strength from the Almighty and more importantly ability to live out the ideals of justice as stated by Brougham, the Lord Chancellor.”It was boast of Augustus… That he found Rome of bricks, and left it of marbles. But how much nobler will be the Sovereign’s boast when he shall have it to say that he found law dear, and left it cheap; found it sealed book- left it a living letter; found it the patrimony of the rich – left it the inheritance of the poor; found it the two-edged sword of craft and oppression- left it the staff of honesty and the shield of innocence.”

M. I thank you for listening.